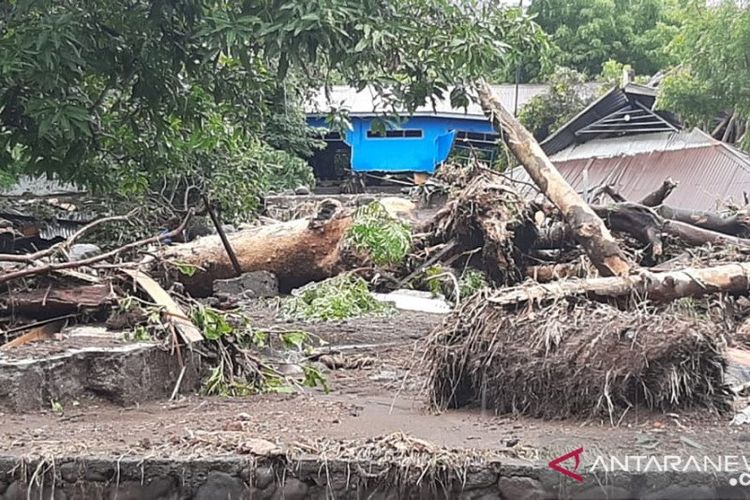 LEWOLEBA, KOMPAS.com - A joint search and rescue team continues to locate dozens of people who have been reported missing after landslides and flooding struck Lembata regency in Indonesia's East Nusa Tenggara recently.

At least 34 people have died, and dozens remain missing after cyclone-triggered rains in the province have caused flooding and landslides that uprooted trees, blocked roads, and buried homes and people.

"As of now, 34 residents were dead, 35 others are reportedly missing," said Thomas on Wednesday, April 7.

Thomas said those who have been reported missing are the residents of Amakaka village and Waimatan village.

Volunteers, the Indonesian military personnel, and villagers are still trying to locate and evacuate the victims.

Heavy equipment was deployed to assist the evacuation process. Thomas expressed hope that those who are still missing will be found soon. Meanwhile, the villagers who have died will be buried.