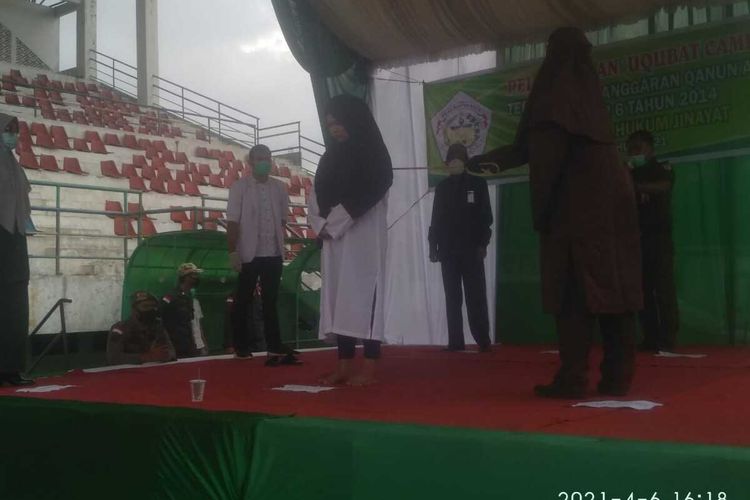 LHOKSEUMAWE, KOMPAS.com - A woman who has just given birth was sentenced to 100 strokes in the Indonesian city of Lhokseumawe in Aceh, the only province in the country to follow Islamic law. The woman who is identified as RS was found guilty of committing adultery.

Apart from RS, three other people also received similar sentences. The three of them are identified as ZU, RIM, and LT. They were each caned by the Lhokseumawe District Prosecutor's Office at Tunas Bangsa Stadium Lhokseumawe City on Tuesday.

"The Lhokseumawe Sharia Court punished them with 100 strokes in a flogging after they were caught committing adultery," said Doni on Tuesday, April 6.

Meanwhile, RS could not immediately undergo the caning because she just gave birth.

"Based on the doctor's letter, RS can only be caned 120 days after giving birth as she just gave birth on Thursday, April 1, "said Doni.