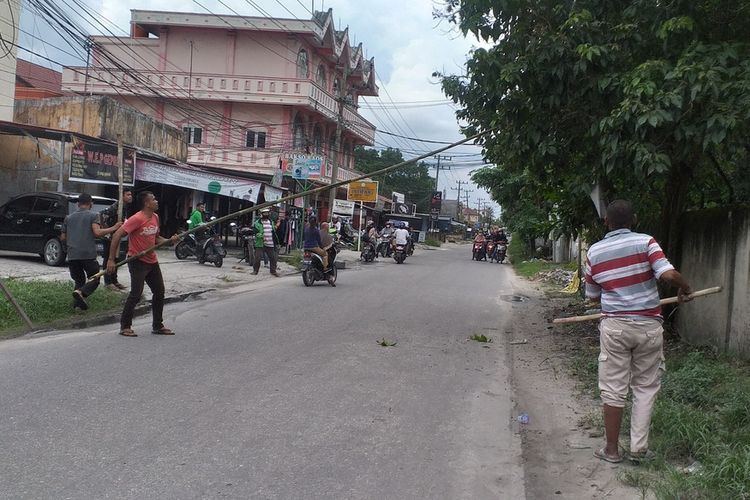 Lihat Foto
A number of residents tried to get of the cobra from the tree to catch it on Jalan Bangau Sakti, Simpang Baru Village, Bina Widya District, Pekanbaru City, Riau, Monday, March 29.(KOMPAS.COM/IDON) 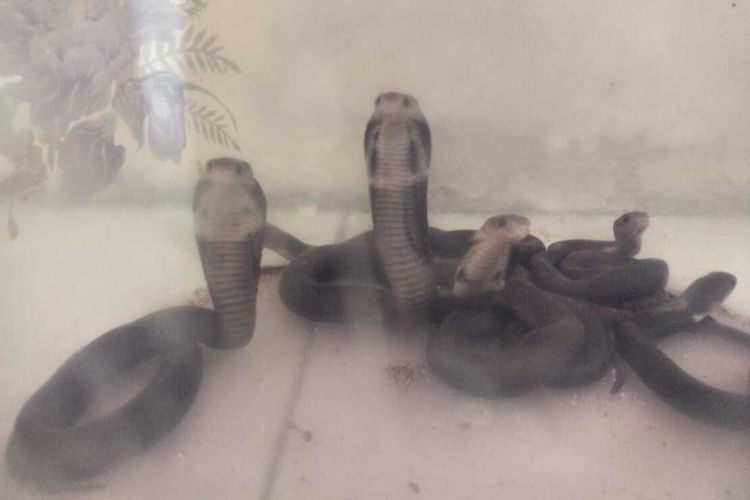 PEKANBARU, KOMPAS.com - Passersby in the Bangau Sakti neighborhood of the city of Pekanbaru, the provincial capital of the Indonesian province of Riau, went on a hunt for an escapee who had gone on the run on Monday, March 29, at 2 pm local time.

But this escapee is no desperate inmate fleeing the local penitentiary. Instead, the 'fugitive' is a 3-meter-cobra which terrified humans inhabiting the area. 24-year old Alexandra, a carwash worker, first spotted the reptilian escapee.

"I saw the cobra as it passed behind a nearby hut. It came out of the bush behind the car wash before crossing the road," she recalled to Kompas.com. "The cobra almost bit an online motorcycle taxi driver during its attempted escape."

Alexandra admitted her fear on seeing the snake, especially after it nearly attacked the online motorcycle taxi driver. But her terror did not stop her from joining the hunt for the cobra.

"A number of people hunted down the cobra with logs and rock," she added. "But the snake climbed a tree to evade us, and entered the grounds of the University of Riau campus."

Aside from humans seen to be clutching logs and rocks to strike the cobra when it hit the ground, others poked the tree where it was hiding to drop the snake to the ground. The hunt paralyzed traffic, as a number of motorists were too afraid to pass.

The humans' efforts seem fruitless, as the cobra did not budge. The reptile hissed as it stood its ground before entering the bushes in the University of Riau campus. By then, bystanders inside the campus and outside its grounds were too wary of approaching the venomous snake.

Firefighers arrived 40 minutes later and checked the bushes where the cobra was hiding. But they called off the search because of the thick undergrowth, and after they suspected the snake escaped the area.

Herpetologists suggested that one stay calm on encountering a snake, leave it alone, then back away slowly. They assured that the animal will escape without incident, if these tips are followed, as most snakes are inclined to retreat or escape.