Lihat Foto
Indonesian national football team coach Shin Tae-yong holds a practice session for the U22 soccer team in preparation for the 2021 SEA Games in Jakarta between February 8-28(Dok. PSSI) Meanwhile, 36 Rohingya refugees who are being held in a temporary shelter in Lhokseumawe, Aceh will soon be transferred to Medan, North Sumatera. This was agreed by the Indonesian government, International Organization for Migration (IOM), and the UN refugee agency UNHCR.

“I can confirm from a number of sources that [Shin Tae-yong] checked into the High Care Unit [HCU] at Jakarta’s Siloam Hospital. But I do not know about his current condition,” said Gatot S. Dewa Broto, the Secretary to Indonesian Minister of Youth and Sports Zainudin Amali on Wednesday, as quoted by Kompas.com affiliate BolaSport.

“We heard that Shin was in Siloam Hospital’s HCU unit since at least last Monday, at the urging of the South Korean Embassy in Jakarta. We overlooked news of his hospitalization because our attention was diverted by the All England fiasco,” he added.

“The step is standard procedure among embassies here to aid their nationals, just as the Indonesian Embassy in London helped our Badminton team [at the All England Tournament]. It is also natural, as Shin is a well-known figure in South Korea.”

Earlier, Kompas.com received reports that Shin was hospitalized at Siloam Hospital last Saturday, March 20, a day after he tested Covid-19 positive in his PCR test.

Interim Indonesian Soccer Association or PSSI Secretary General Yunus Nusi confirmed Shin’s diagnosis at the time. PSSI hired Shin to coach the ‘Garuda’ or Indonesian national side in December 2019, after the Association fired Scotsman Simon McMenemy the previous month because of the team’s subpar performance in the 2022 World Cup qualifications. 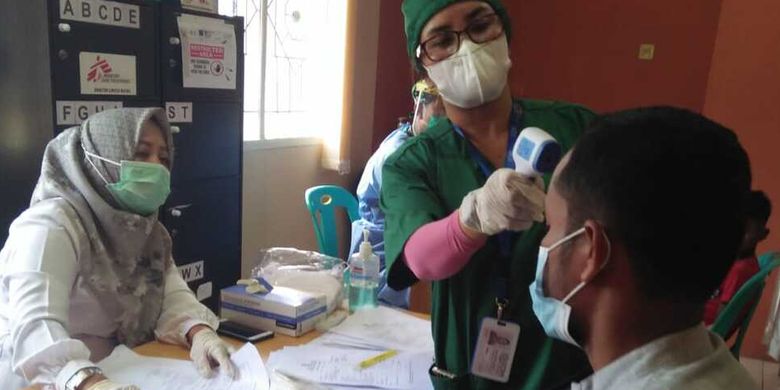 Thirty-six Rohingya refugees who are being held in a temporary shelter in Lhokseumawe, Aceh will soon be transferred to Medan, North Sumatera as agreed by the Indonesian government, International Organization for Migration (IOM), and the UN refugee agency UNHCR.

Before the transfer, the Rohingya refugees conducted Covid-19 rapid antigen tests. “The Covid-19 rapid antigen tests gave negative results. The blood pressures and body temperature of the 36 refugees comprising adults and children had also been checked by doctors from the IOM and Lhokseumawe Health Agency,” said Helizar, secretary of the Lhokseumawe Health Agency on Wednesday, March 24.

Currently, Elizar added, 92 refugees are being held in the temporary shelter. The transfer will be done in stages. This week 36 refugees will be transferred to Medan.

“We are expecting the Immigration office to give us a schedule again for the next batch,” Helizar said.

Previously, it was reported that the Rohingya refugees were rescued from wooden boats stranded off the coast of Indonesia’s northern Aceh province and Lhokseumawe waters. They fled poverty in Myanmar to get a better future in Malaysia. They were left close to shore and believed that they had arrived in Malaysia. 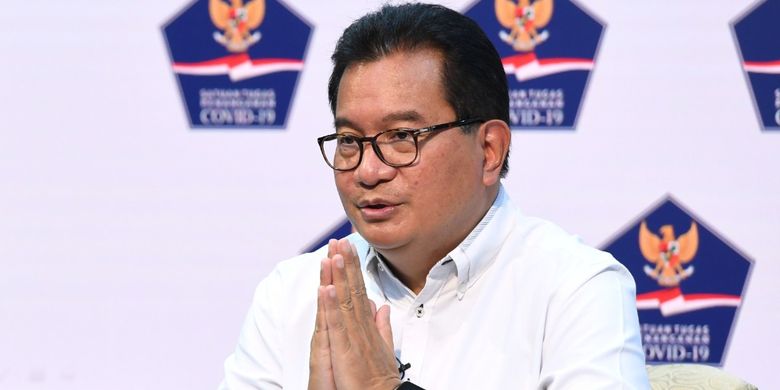 "The government calls on the people who have received the Covid-19 vaccines to not posting or sharing the vaccination certificates on social media," Wiku said on Tuesday, March 23.

"Use the certificate according to its purpose because the spread of personal data can put us at risk," said Wiku.

He went on to say that as of March 20, five million people have received vaccinations. He expressed hopes that this number will continue to increase. He gave assurance that the coronavirus vaccine provided to the public is safe, efficacious, and has minimal side effects. He called for the public to get vaccinated according to a predetermined schedule.

The Covid-19 mass vaccination program in Indonesia started on January 13, prioritizing health care workers in the first phase. Currently, the vaccination program has entered the second phase, targeting public servants and the elderly. It is targeted that vaccination can reach 70 percent of Indonesia's population or around 182 million people.