A still from the short film House No. 15 by Indonesian filmmaker Aryo Danusiri 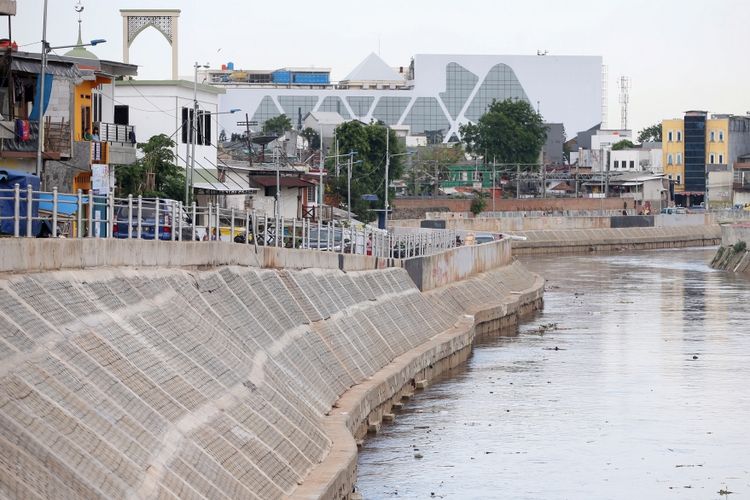 Many of his short films, such as his 2001 short feature "Village Goat Takes A Beating' and "Lukas’ Moment: A Journey Between Hope and Desperation" two years later, depicted the collective trauma ongoing military operations in the provinces of Aceh and Papua inflict on those caught in the crossfire between Indonesian forces and insurgents.

Now, Aryo is set to replicate his success at the 2021 RAI Film Festival. His short film "House No. 15" is a contender for its RAI & Marsh Short Film Prize for Best Ethnographic Documentary at the event, which runs to March 28.

KOMPAS.com / KRISTIANTO PURNOMO The Ciliwung River as it flows past Bukit Duri, South Jakarta, nearly a year after the community's razing (24/10/2017)

Observing with a humane, sharp eye

Produced at Harvard University’s Sensory Ethnography Lab [SEL], the film was created as part of his Ph.D. dissertation on spatiality, visuality, and religious authority in contemporary Indonesia.

Since then, the seven minute short movie has earned critical acclaim during its premiere at the 2018 Jogja Asian Film Festival [JAFF], and the 2019 Toronto Biennale.

House No. 15 chronicled life among the inhabitants of Bukit Duri, a South Jakarta shantytown on the shores of the Ciliwung River in December 2014, nearly two years before then Jakarta governor Basuki Tjahaja ‘Ahok’ Purnama razed the homes in 2016 for compounding floods in the area.

Instead of using a shaky camera technique to juxtapose the locals’ helplessness with relentless bulldozers that tore down their houses, the 47-year old used a single-shot camera to sensitively portray daily life through the eyes of children and an elderly woman.

Aryo shot the film during the peak of the floods in the rainy season. In doing so, he showed his compassion for the locals’ literal and figurative efforts to resist from being swept away by the floods and the relentless pace of modernization and political tensions sweeping up Jakarta.

“Advocacy for common people who are increasingly marginalized by Jakarta’s urbanization does not always have to be through politically charged hard facts. One can use experiential facts equally effectively to get the same point across,” he said in a press release.

“All too often, documentaries and other films miss the humanity often seen in daily life as they pursue agendas dictated by political points.”

Aside from "Village Goat Takes A Beating" and its 2007 companion piece "Playing With Elephants", as well as "Lukas’ Moment: A Journey Between Hope and Desperation" and "House No. 15", the University of Indonesia Associate Professor of Anthropology is working on his feature length ethnofiction film "Lelaki Yang Bertelur Emas" [The Man Who Lays Golden Eggs].

The University of Indonesia Associate Professor of Anthropology and head for the Digital Media and Visual Anthropology Lab provided little details on the film, which he said was “based on ethnographic stories in North Jakarta.”

But if his earlier work is any indication, there is little doubt that it is geared to take the documentary film world by storm.