Lihat Foto
Students from many countries, including those from Asia, sit at a lecture hall at a university in Zwickau, Saxony(J. Woitas) 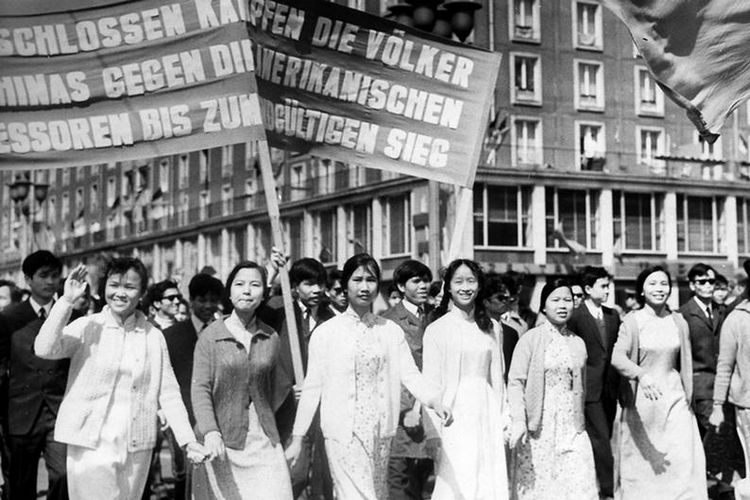 KOMPAS.com - "Hey Chinese, Asian, why are you here?" These words were directed at Zacky, an Indonesian student in Germany, as he walked down a street in Berlin. Once he was actually hit by a man while walking near the city's Museum of Natural History.

Puspa, an Indonesian like Zacky and a student at the University of Bonn, has also had her share of racist experiences.

She was walking home from a friend’s house on New Year's eve when "someone threw a firework at me," she said. Based on prior experience, she was "pretty sure" it happened because she was wearing the hijab.

Berlin-based Chinese documentary filmmaker Popo Fan recounts harrowing experiences with racism in the Berlin subway. In 2019, before the pandemic, Fan was at Kottbusser Tor station and a person told him to "f*** back to China."

When the incident in the underground occurred, there were seven or eight people present. "No one helped me at all, no one even looked," he said. "They were on their phones or just turned their head."

While racist attitudes towards people of Asian origin have been in focus following the outbreak of the COVID-19 pandemic and its alleged origins in the city of Wuhan in China, prejudices against Asians have long been evident in Germany.

Under the Nazi regime, Chinese living in Germany were expelled or deported to concentration and forced labor camps. But the most widespread anti-Asian racism would occur in the decade after German reunification.

The targets were mostly migrants from Vietnam who initially came to East Germany as part of a program to bring in workers from other communist regimes.

Germany Says It Committed Genocide in...
Comments
There are no comments
Comment wisely and responsibly. Comments are entirely the responsibility of the commentator as regulated in the ITE Law
Thank You! We have received your report. We will remove comments that conflict with the Community Guidelines and the ITE Law.