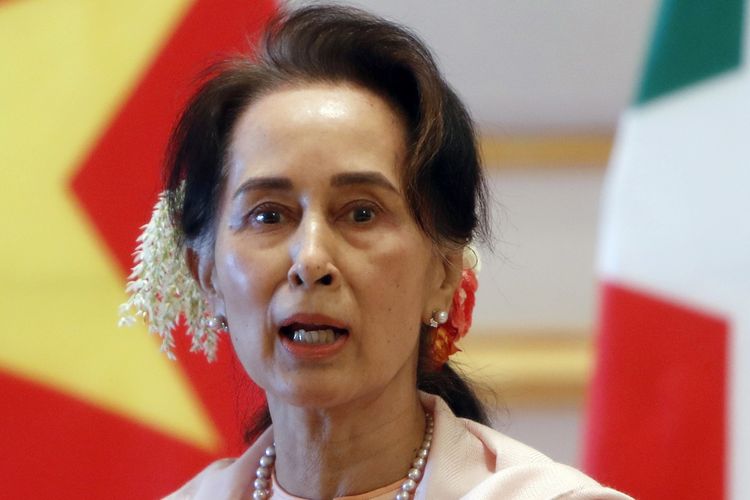 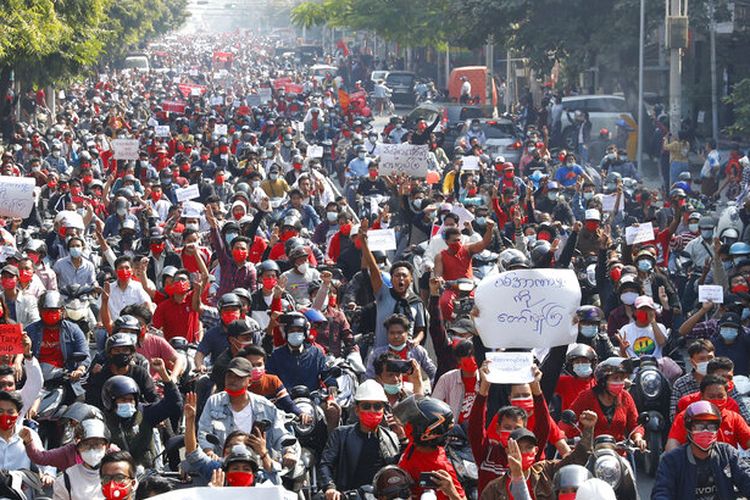 “They [the generals] are very concerned about developing and building the economy, and of course they are, but that's precisely a source of leverage,” Andrews said.

He noted that investors want stability, accountability, and rule of law, and without it, confidence is ruined.

There were widespread concerns about police and security forces using excessive force on protesters Wednesday in Yangon, as they gathered following word that NLD leader Suu Kyi and Win Myint were being tried in a secretive trial.

That violence did not materialize, but protesters blocked police and military vehicles heading into demonstrations, parking their vehicles in the middle of the road and raising their hoods because of “engine trouble.”

Andrews, who raised the alarm this week about the potential “for violence on a greater scale” than has been since the coup, said he was “slightly relieved” it had not come to pass, but it remains a concern because “this military and these commanders are capable of just about anything.”

He said that despite that danger, people are still willing to protest to show their commitment to getting the country back to the rule of law and the path of democracy.

“So, you have these two forces, if you will — this military, this coup — that is demanding absolute power and has shown that it's willing to do just about anything to keep it. And then you have this very, very strong, committed, large, diverse, broad-based opposition all over the country that are standing up for their freedoms and basic rights,” the special rapporteur said.

He urged the international community to continue to speak up about Myanmar, to implement targeted economic sanctions and an arms embargo, and to support the protesters, who he said need to know they are not alone.