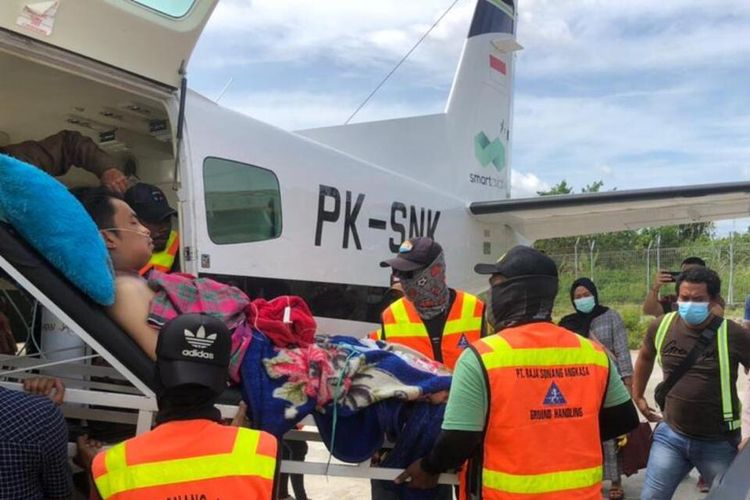 JAYAPURA, KOMPAS.com – More than 400 people from two villages in Papua province’s Intan Jaya regency have evacuated their homes, as insurgents or ‘armed criminal groups’ [KKB] in the area stepped up their activities against Indonesian security forces.

“We have met inhabitants of Bilogai and [an unnamed] neighboring village in Sugapa districtat the yard of a Catholic church where they went to seek refuge,” said Intan Jaya regent Natalis Tabuni on Wednesday, February 10.

He added that he will prove the displaced persons with supplies and update them.

“The displaced persons were frightened into fleeing, as their communities are near an area of intense insurgent activity. They are also afraid of getting caught in the crossfire against the KKB and Indonesian forces or get wrongly captured [by the latter].”

Papua Regional Police spokesman Police Grand Commissioner Attendant AM Kamal confirmed that the villagers, most of whom were women and children, were sheltering at the Catholic church.

“The villagers were not displaced during the conflict, but were temporarily seeking shelter at the church out of fear of the terrorism carried out by the insurgents,” he asserted.

The KKB have been escalating their conflict against the civilian population throughout Papua over the past few days, as the insurgents stabbed a motorcycle taxi driver to death at the Puncak regency’s Ilaga district on Tuesday.

“We determined that there are six suspects in the killing, whom we suspected were from the Lekagak Telenggen or Murib Military insurgent groups,” said Puncak Police Precinct chief Police Grand Commissioner Attendant Dicky Saragih.

Papuan civilians have been caught…