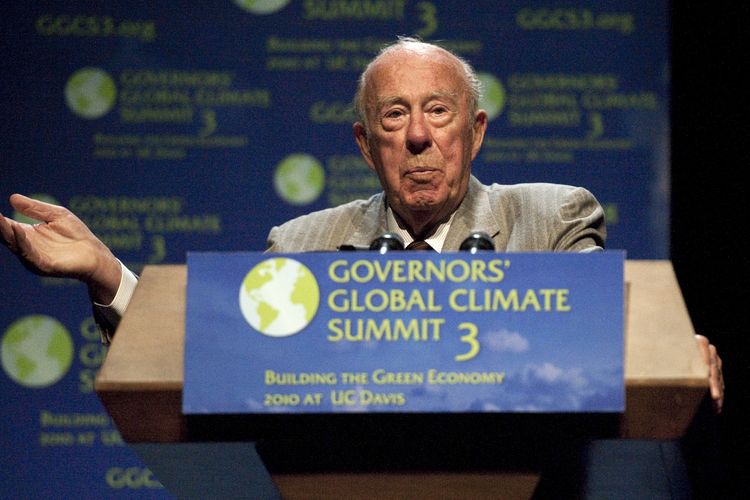 Former US Secretary of State George Shultz, known for his contribution in helping to end the Cold War and his efforts for peace in the Middle East, passed away on Saturday at age 100.

A former Marine, Shultz was the oldest surviving former Cabinet member of any administration. He also held the distinction of being the second-longest serving secretary of state since World War II.

Shultz passed away at his home on the campus of Stanford University, where he was serving as a distinguished fellow at the Hoover Institution, a think tank. He was also a professor emeritus at Stanford University's Graduate School of Business.

Throughout his political career, Shultz held four major Cabinet positions – labor secretary, treasury secretary, director of the office of management and budget, and secretary of state – across the administrations of former presidents Richard Nixon and Ronald Reagan.

"He was a gentleman of honor and ideas, dedicated to public service and respectful debate … that's why multiple presidents, of both political parties, sought his counsel. I regret that, as president, I will not be able to benefit from his wisdom, as have so many of my predecessors," said Joe Biden, the current US president.

Biden added that "few people did as much to shape the trajectory of American diplomacy and American influence in the 20th century" like Shultz.

Shultz's tenure as secretary of state was marked by an issue that would become central to US foreign policy for decades – terrorism.

After several bombings and hijackings which killed US citizens, Shultz vowed that the US would go "beyond passive defense to consider means of active prevention, preemption and retaliation."