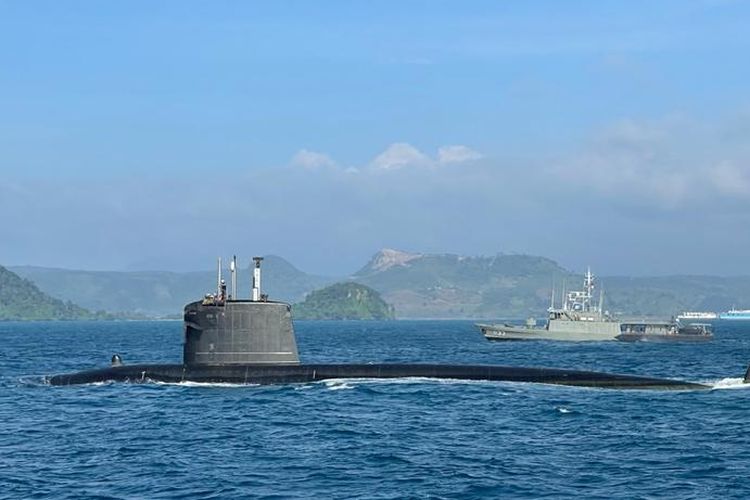 Lihat Foto
The French Navy ships FS Emeraude (left) and the frigate FS Vendemiaire (right) passing through the Sunda Strait on Monday (8/2/2021. The Indonesian Navy held joint exercises with the two vessels on Indonesian waters until they sailed on to the Malacca Straits(TNI AL)

JAKARTA, KOMPAS.com – The Indonesian Navy has held joint exercises with French Navy vessels that were passing through the Sunda Strait on Monday, February 8.

“The [naval] maneuvers were part of passing exercises that serve supervisory and security procedure for foreign [naval] ships going through Indonesian waters,” said Major Faisal Yanova Tanjung, the commander of the KRI Barakuda 633, an Indonesian Navy vessel in the exercise.

He added that the exercises were held on the I Indonesian Sea Lanes or ALKI I that covers the Indian Ocean, Sunda Strait, Java Sea, Karimata Strait, and South China Sea. The Indonesian Navy escorted the French ships to the international waters of the Malacca Straits.

“The exercises included flash exercises, flaghoists, and photo exercises that culminated in a farewell pass as the French vessels continued on their way [to international waters].”

The commander of the First Indonesian Fleet, Vice Admiral Abdul Rasyid, reiterated Faisal. “Aside from joint exercises, the maneuvers are a form of military diplomacy and courtesy,” he asserted. “They have long been part of the Navy’s procedure.”

Rasyid added that the exercise is part of Indonesian Navy Chief of Staff Admiral Yudo Margono’s strategic policy. “Aside from asserting Indonesia’s sovereignty, passing exercises like this can maintain and bolster ties between Indonesia and France as well as other countries,” he said.

Rasyid added that joint exercises with other countries can also contribute to regional security.

The Indonesian Navy has routinely…