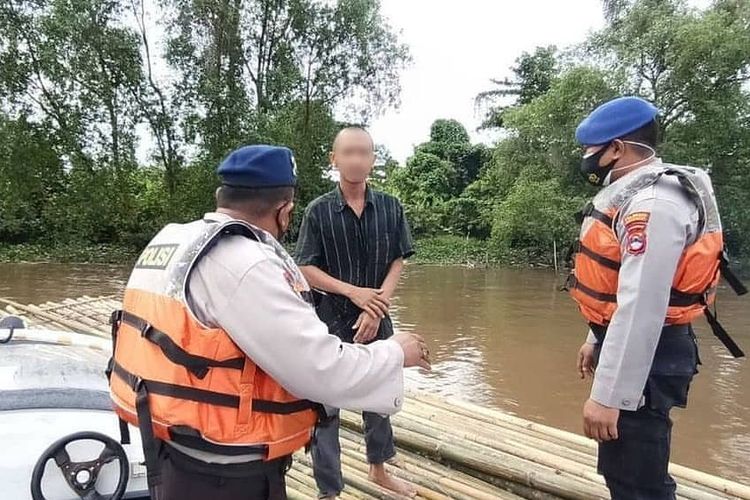 She noted that unlike proper catamarans, his improvised craft took on water quickly.

“We caught up with him after a local speedboat operator reported seeing a drowning man at least 300 meters from shore. When we questioned him, he said he wanted to go home to Malang.” Retno added that Dedik did not care about the odds stacked against him.

“When we asked him if he was certain about making the crossing, he only said he will go home [to Malang].” She added that Dedik’s feat is caused by more mundane factors instead of any delusions of grandeur.

“Dedik has been living with his married brother in Balikpapan. He has been unemployed, and he believes that this added tensions between his brother and his wife,” she noted.

“So his ‘voyage’ was actually Dedik’s attempt to set things right.” Retno added that Dedik’s brother informed her that he has been suffering from depression.