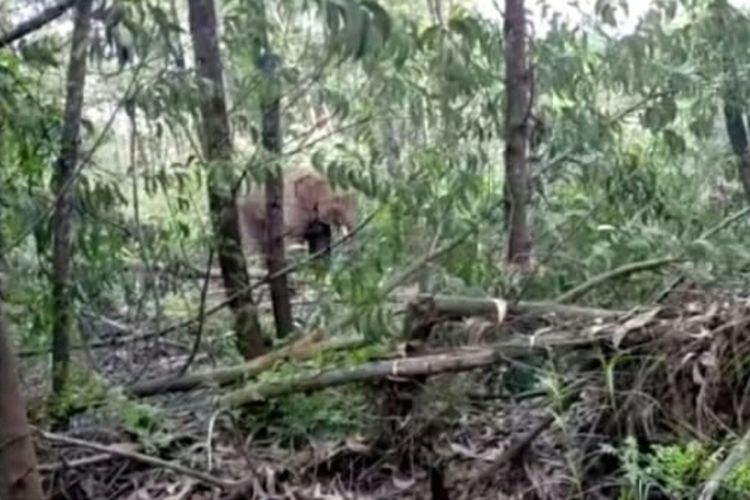 PEKANBARU, KOMPAS.com – Two wild elephants separated from their group have been roaming around for a week near Kuala Terusan village, Riau’s Pelalawan regency, causing distress in a residential area.

Andri Hansen Siregar, head of the Natural Resources Conservation Division in Region I, said that as of Monday, January 11, the two elephants - an adult and a young one - appeared only 300 meters from the residential area.

“The villagers have used firecrackers in an attempt to scare them away. However, the two elephants are separated. The adult elephant is seen in the bushes behind the Kuala Terusan Elementary School,” Hansen said in a statement on Tuesday, January 12.

He said that the two elephants could be parts of the elephant group from North Tesso, one of their habitats.

Hansen said his team and the villagers are going to push back the elephants into the wild.
“We have coordinated with the villagers and other relevant parties. We call on the residents to temporarily reduce their activities in their farms and outside their houses, except those who are appointed to guard the crowded residential areas,” he added.

He has talked to the villagers to avoid miscommunication among the residents. They were reminded to not push back the elephants from the opposite direction so that the endangered animals will get back to the right direction and return to their group.

“The elephants know where their habitats are and they always want to be with their group,” said Hansen.