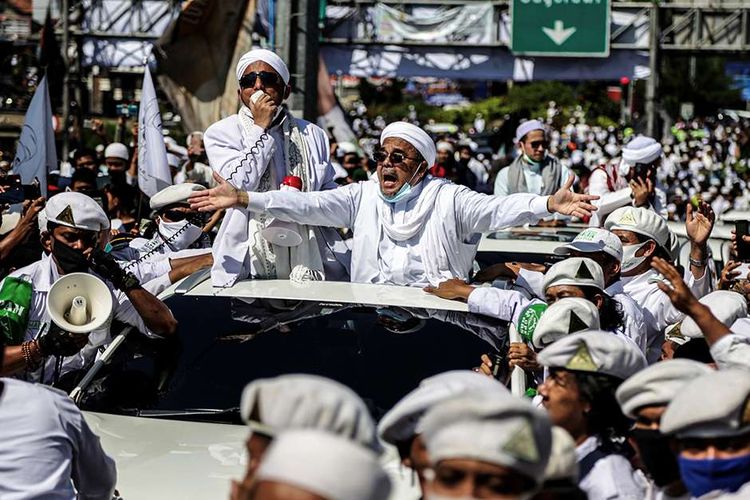 JAKARTA, KOMPAS.com – Jakarta Police has named Rizieq Shihab, leader of the Islamic Defenders Front (FPI), as a suspect for organizing a mass gathering during the Covid-19 pandemic in Petamburan, Tanah Abang in Central Jakarta on November 14, 2020.

The mass gathering was held to commemorate Prophet Muhammad’s birthday and the wedding of Rizieq’s daughter not too long after the FPI leader returned home from a three-year exile in Saudi Arabia. Previously, he fled the country upon facing charges of pornography, and insulting state ideology, which were already dropped.

“The result of the police investigation concludes that there are six suspects in this case. The first is MRS [Muhammad Rizieq Shihab], who is charged under Articles 160 and 216 of the Criminal Code,” said a spokesperson for Jakarta Police Senior Commissioner Yusri Yunus on Thursday, December 10.

An individual could face up to six years in jail under Article 160 if found guilty and up to four months and two weeks’ imprisonment if found guilty of violating Article 216.

“We have upgraded the status of these six people from witnesses to suspects,” said Yusri.
They were named as suspects after the police conducted a case expose where the violation against the health protocols was found.

The mass gathering in Central Jakarta and later in other places prompted the police to carry out further investigations.

Healthcare Workers in Java, Bali to Get Covid-19 Vaccine First: Ministry of Health