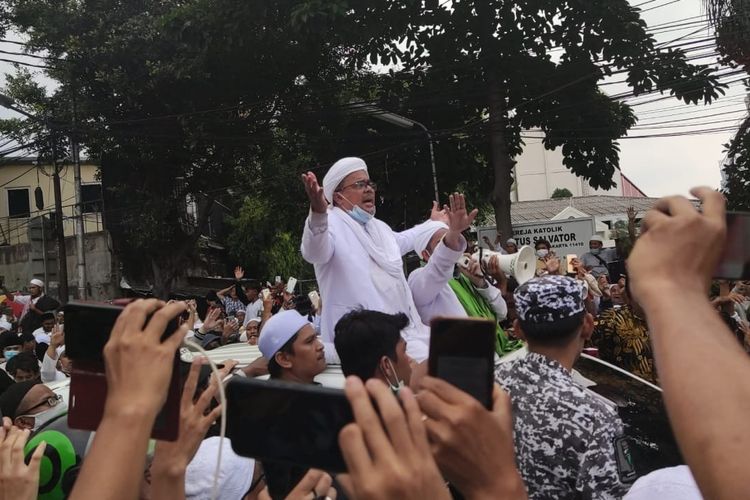 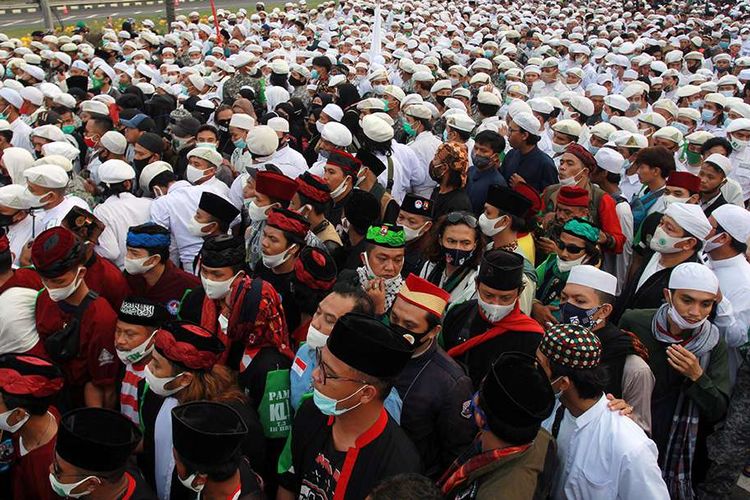 Rizieq expressed his relief at returning to Indonesia after he fled to Saudi Arabia in 2017, when the Indonesian National Police declared him a prime suspect in a pornography case.

“If Allah has willed [that I] should return [to Indonesia], no force can [stop me]!,” the firebrand cleric said to his followers near his home in Central Jakarta’s Petamburan district. “I have returned to call on Indonesian Muslims to join in carrying out a morals revolution.”

He did not specify what he meant by his ‘morals revolution’. The Jakarta Metropolitan Police noted that the FPI shut down traffic and the Transjakarta bus routes near Petamburan until Rizieq's followers dispersed in the afternoon.

Earlier in the morning, the FPI paralyzed Jakarta’s Soekarno Hatta Airport from 5am to 10am as they converged on Terminal 3 to await the Saudi Airlines flight taking him home. The police said the mob cut off access to the airport.

“[FPI members] used the toll leading to the airport as a makeshift parking lot for their vehicles,” noted Soekarno-Hatta Police Precinct officer Chief Police Commissioner Tugiyo. “Their actions brought traffic to a standstill.”

The FPI's visit also forced airline passengers and aircrew to miss their flights and wreaked havoc to the airlines’ timetable.