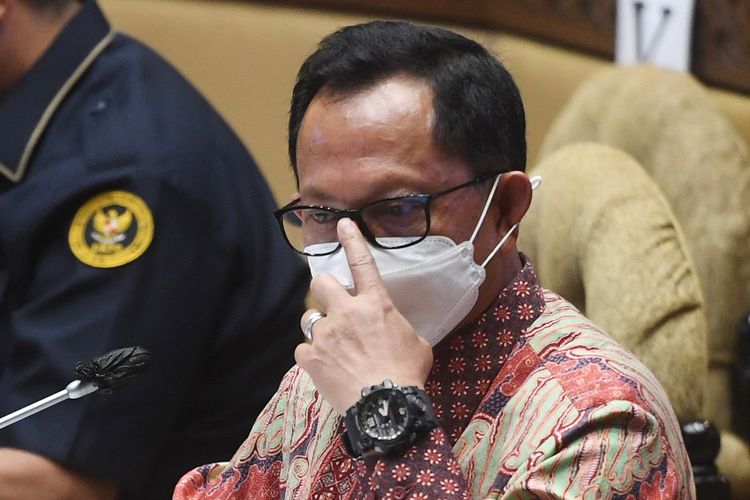 Lihat Foto
Minister of Home Affairs Tito Karnavian during a meeting with the House of Representatives on September 21 in Jakarta. (ANTARA FOTO/Akbar Nugroho Gumay)

“We call on Bawaslu to act firmly against anyone who violates this [health protocols],” Tito said in a webinar on Upholding Integrity during Regional Elections on Tuesday, November 10.

Tito also urged the police to uphold the law accordingly should any violations occur during the campaigns, especially against the Covid-19 health protocols and public order.

“Marching in the streets could be subject to traffic law and violate public order. Actions must be taken [against this],” said Tito, who is also former national police chief.

He said that violations against the health protocols such as mass gatherings are still taking place during the campaigns even though the number is relatively low.

“The number of violations is not massive, it is only around 2.9 percent of the total number of get-together events,” he said.