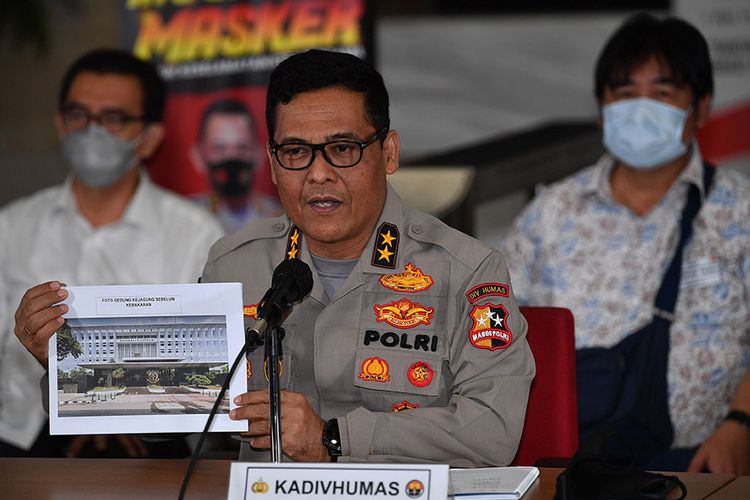 The former vice-president of President Joko Widodo and his predecessor President Susilo Bambang Yudhoyono admitted that he went to the holy Muslim city of Mecca in Saudi Arabia on October 24, three weeks before Rizieq returned to Indonesia.

But he insisted that the trip was spiritual in nature.

“I went to Mecca to sign an MoU to build a museum dedicated to the Prophet Muhammad in Jakarta, following a stopover from the Vatican,” Kalla said to Berita Satu editor-in-chief Claudius Boekan, who permitted Kompas.com to quote him, on Friday, December 4.

“I did not facilitate Rizieq’s return to Indonesia so as to clear the way for Jakarta Governor Anies Baswedan to win the 2024 presidential election,” he insisted.

“I also did not bring a large amount of cash for Rizieq before he returned to Indonesia. Doing so is impractical and attracts customs officials who believe doing so is money laundering.”

The two mentioned a ‘Charlie Chaplin’ lookalike who brought a suitcase of money for the 2022 midterm elections and the 2024 presidential race. Netizens assumed the individual was Kalla.

His daughter Muswirah has reported Ferdinand and Rudi to the police under Indonesia's Electronic Information and Transaction Law for slander.

Meanwhile, the Indonesian National Police took over the investigation of the standoff between the Jakarta Metropolitan Police and FPI members outside Jakarta which killed six of the latter on Monday, December 7.

National Police spokesman Inspector General Argo Yuwono confirmed the move. “The [National] Police are examining CCTV footage of the incident as well as the vehicles used by police officers and the FPI, as evidence.”

“Investigators from the National Police will also determine who owned the gun used by the FPI, as well as verify the information that their followers will back Rizieq as he is interrogated by the police. We also arranged for the dead men’s remains to be returned to their loved ones.”

The police are also searching for four FPI members who fled from the gunfight. The FPI denied the police version of events, and maintained that they have no firearms.

Wife of Former Indonesian General Faces...
Comments
There are no comments
Comment wisely and responsibly. Comments are entirely the responsibility of the commentator as regulated in the ITE Law
Thank You! We have received your report. We will remove comments that conflict with the Community Guidelines and the ITE Law.