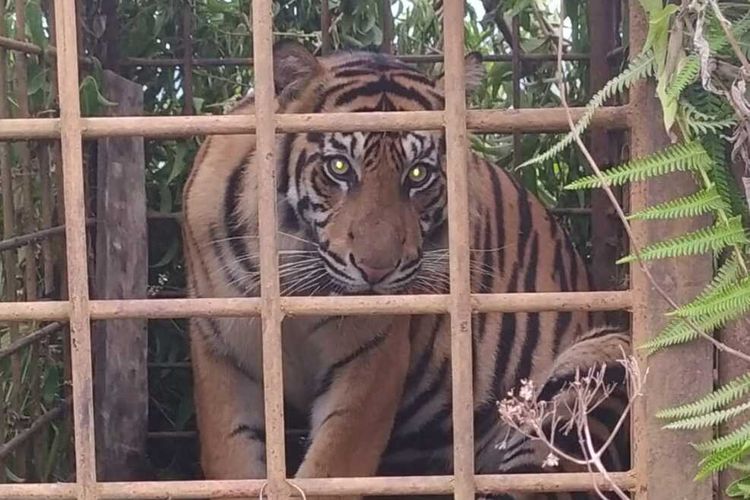 The agency acted on a tip by locals, and after footage of one of the big cats on Wednesday, December 2 went viral.

“We caught the tigers on Sunday, December 6, and Monday, December 7 at the village of Danau Kembar [Twin Lakes], after the villagers reported that the felines entered the village and preyed on their poultry and dogs,” said Solok Regency BKSDA Head Afrilius.

He added that the BKSDA narrowly saved the tigers from locals enraged at the loss of their animals. However, it did not stop the conservationists from using them

“We trapped the big cats by using chickens and dogs as bait. And since tigers are known to go through the area, as seen by the numbers of paw prints that they left, we have set more traps.”

BKSDA Forest Ecosystem Control official Rully Permana agreed. “We have identified the tigers as Putra and Putri Singgulung, a male and female tiger of around two years old whom we released into the wild 10 days ago,” he asserted.

“We assumed that they strayed [to the Danau Kembar area] because they were not ready to go back to their habitat. We will further train and orientate them at a tiger rehabilitation center so they will be ready to go back into the wild.”

The tigers of Solok became famous, after a motorist passing through the area recorded them on the highway and uploaded the video on Instagram on December 2. The video, which received more than 73,000 views, showed the big cat passing through the road and blocking traffic.

As with other animals such…