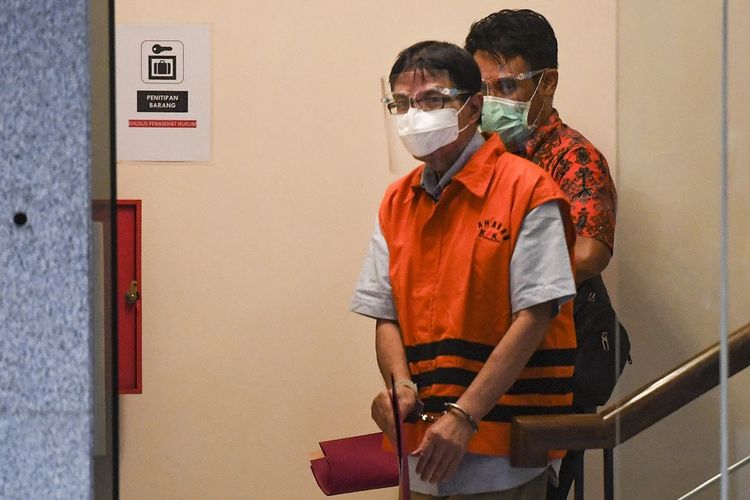 Lihat Foto
The latest Covid-19 updates in Indonesia put the country on track to hit a nationwide caseload of 600,000, but it is forging ahead with the Bali Democracy Forum (BDF).(ANTARA FOTO/Hafidz Mubarak A)

The KPK arrested Hadinoto Soedigno today where the former director is currently at the organization’s holding cell in Pomdam Jaya Guntur and will remain there until Dec. 23.

Hadinoto served as Garuda Indonesia’s Director of Engineering and Management of the company’s fleet from 2007-2012.

Among the charges he is fighting includes allegations of receiving a bribe of up to $2.3 million and €477,000 from a Singapore-based firm.

The former employee of Indonesia’s national carrier is believed to have transferred the bribe money to his wife and children as well as a Singapore investment account in an effort to remove his tracks from law enforcement officials.

His decision to move his money around has led to his second charge by the KPK on money laundering grounds.