Lihat Foto
Maritime Affairs and Fisheries Minister Edhy Prabowo after questioning at KPK headquarters in Jakarta hours after his arrest by investigators at Soekarno-Hatta Airport on Wednesday (25/11/2020). (ANTARAFOTO/INDRIANTO EKO SUWARSO) 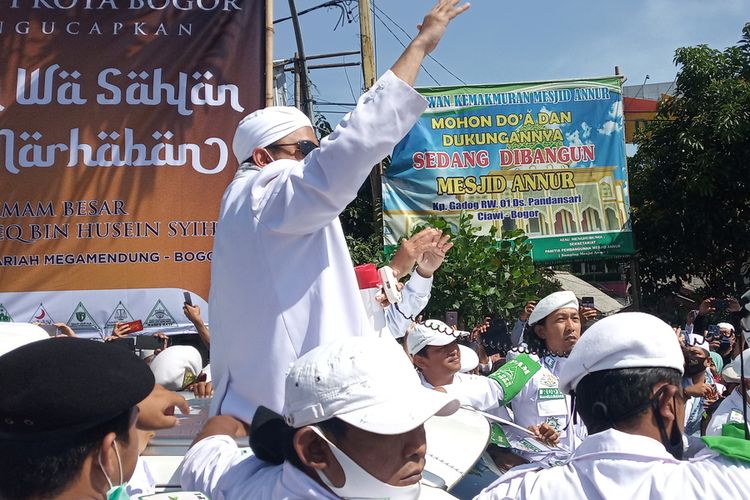 The Indonesian National Police is just as busy gathering evidence on the Islamic Defenders Front [FPI], to determine that they violated Covid-19 health protocols in their homecoming of controversial chief Rizieq Shihab, after he returned from his three-year exile in Saudi Arabia.

And last but not least, a shootout between Indonesian military forces in Papua and insurgents in the strife-ridden province left three Indonesian soldiers wounded. Read on for more on these stories:

Indonesia’s Corruption Eradication Commission or KPK has formally named Maritime Affairs and Fisheries Minister Edhy Prabowo as a suspect over kickbacks related to the fisheries sector.

“The KPK has named seven suspects in this case, among them EP [Edhy Prabowo],” said KPK deputy chairman Nawawi Pomolango on the evening of Wednesday, 25 November.

Investigators arrested the Gerindra party politician, along with his family and officials from the ministry upon arrival at Soekarno-Hatta International Airport on Wednesday morning from a working visit to Hawaii.

The KPK apprehended 17 people in a series of sting operations in Jakarta, Depok, and Soekarno-Hatta International Airport,.

Edhy is accused of receiving about 3.4 billion rupiahs ($240,000) from several companies through his assistants. If found guilty, they could face up to 20 years’ in jail.

The appointment affirmed the retired…