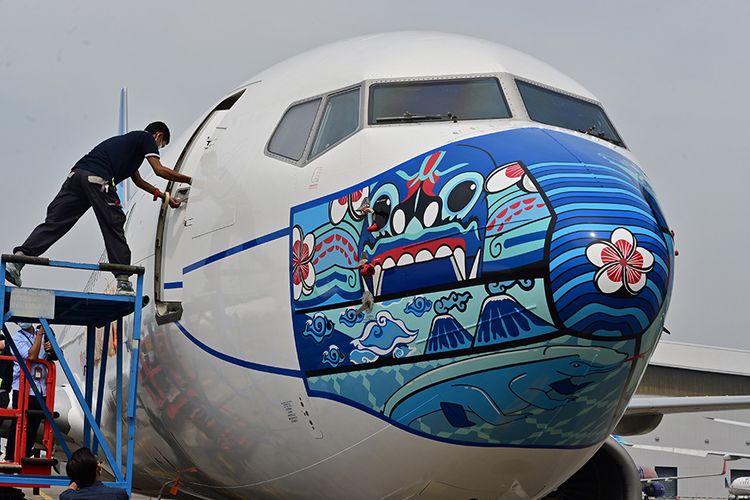 Lihat Foto
Garuda Indonesia pilots are required the go through a training class before they can reoperate the Boeing 737 Max.(AFP/ADEK BERRY)

JAKARTA, KOMPAS.com – Garuda Indonesia pilots are required to go through a training class before they can reoperate the Boeing 737 Max.

CEO of Garuda Indonesia Irfan Setiaputra said that although the US Federal Aviation Administration (FAA) has lifted the ban on the aircraft, the Indonesian airline cannot simply proceed in reoperating it.

“To operate the aircraft, the Indonesian authorities must sign off on it.”

“Before flying the aircraft, there are several aspects which must be met including preparing the aircraft and retraining the pilots. It will take a long time to complete because the Garuda Indonesia pilots must undergo training and recertification before pressing ahead.”

After 20 months of being grounded worldwide, the FAA lifted the ban on the Boeing 737 Max thus allowing the aircraft to take to the skies once again.

The approval to allow the aircraft back in the airspace took longer than many expected, however, once Boeing received the green light, the company’s stocks shot up 6 percent on November 18.

Nevertheless, airline operators are unsure how comfortable passengers will be in boarding the 737 Max after two fatal accidents.

“If passengers do not want to board the 737 Max then they won’t have to,” said an executive at American Airlines.

Moreover, the FAA said that changes must be made based on the results of the investigation for each of the 737 Max aircraft in addition to pilots receiving additional training.

Malaysia Set to Reopen International Borders...
Comments
There are no comments
Comment wisely and responsibly. Comments are entirely the responsibility of the commentator as regulated in the ITE Law
Thank You! We have received your report. We will remove comments that conflict with the Community Guidelines and the ITE Law.