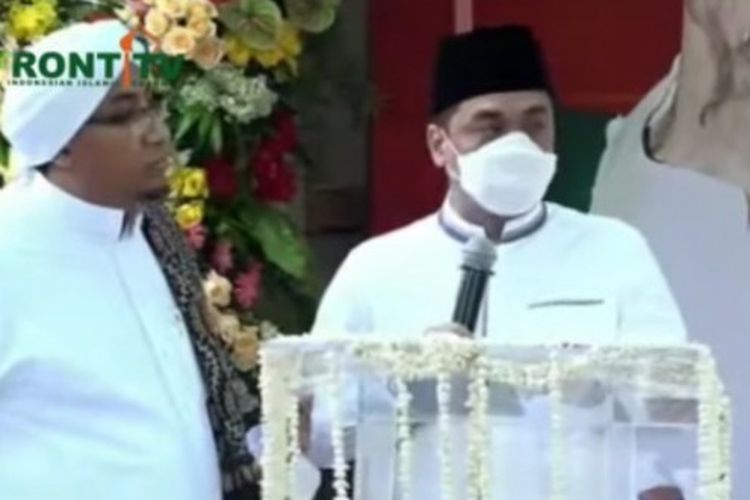 JAKARTA, KOMPAS.com - Islamic Defenders Front [FPI] chief Rizieq Shihab has put Indonesian government officials in a tight spot. The authorities’ impulses to pander to the firebrand Islamic cleric clashed with President Joko ‘Jokowi’ Widodo and the public’s demand that they do their job in an impartial manner.

Among the officials hard-pressed to be impartial included Jakarta Governor Anies Baswedan, who was elected to the post in 2017 on a wave of support from radical Muslim groups, including the FPI.

His Deputy Governor Ahmad Riza Patria is also under pressure to practice what he preaches.

The Gerindra Party stalwart’s calls for more muted Christmas and New Year’s celebrations contrast with his willingness to turn a blind eye to the FPI’s flaunting of health protocols, even to the point of showing up to one of their gatherings at the end of last week.

Read on to get more details of these news, as curated by our editors:

President Joko Widodo has urged police and military personnel to lay down the law against anyone who disobeyed the government’s health protocols, such as wearing masks, practicing social distancing and washing hands, in its fight against Covid-19.

“We should not allow the sacrifices of doctors, nurses and other health workers be in vain because the government does not have the will to enforce health protocols [to combat the spread of Covid-19],” said the 58-year old in a press release on 16 November.

“Compliance with health protocols are imperative, as nobody is immune to the coronavirus. We should maintain the progress we made, such as reducing the percentage of active cases to 12.82 percent, down from 27.85 percent.”

He added that while our recovery stands at 83.92 percent, higher than the global average of 69.73.”

Jokowi added that governors, their…