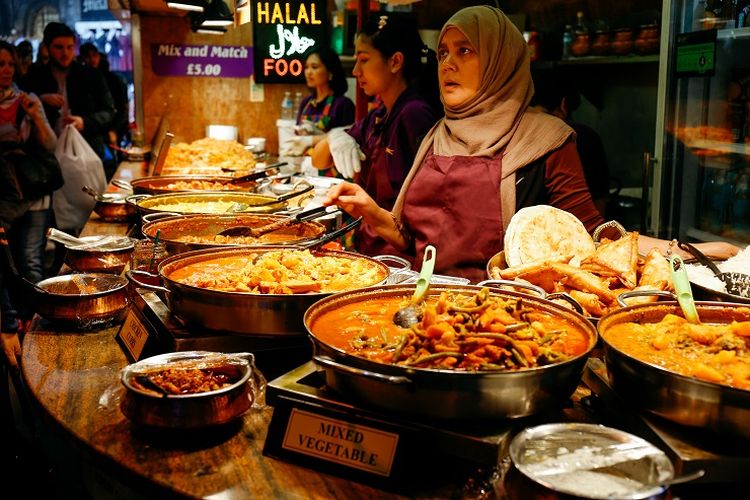 Lihat Foto
Halal tourism is on the rise with more Muslim travelers exploring the globe, and Indonesia can assist in boosting this promising sector.(SHUTTERSTOCK / Alena Veasey)

KOMPAS.com – Halal tourism is on the rise with more Muslim travelers exploring the globe, and Indonesia can assist in boosting this promising sector.

Japan, South Korea, and Taiwan have developed their own concept of Halal tourism.

Rita Pawestri Setyaningsih, researcher at the Indonesian Institute of Sciences, said several factors have led to a boom in Halal tourism, such as the growing numbers of Muslims in the world.

In the coming years, the number of Muslims globally will only increase particularly by 2060, Rita said.

Muslim travelers are also considered big spenders, and this gives countries an opportunity to expand their approach to Halal tourism to grab hold of this market share.

“Muslims spend a lot on food, clothing, medicine, and tourism. For today’s upper- to middle-class Muslim families, traveling has become a part of their lifestyle,” explained Rita.

Muslim travelers often bring their families to try new activities related to the religion of Islam, she added.

As such, considerations on ease of travel, airfare prices, and affordable transportation are taken into account by Muslim families before deciding on a trip.

Although Islamic tourism adopts the same Halal concept into its approach, it is different from Halal tourism.

Islamic tourism concentrates on trips that are religious-oriented or are undertaken for religious purposes which Halal tourism does not.

Rita shared that in Taiwan, Halal tourism is defined as a general type of travel with the addition of Muslim-friendly facilities and services.

Bellcert International Inspection and Certification Group stated that Taiwan has handed out Halal certification to 1,088 companies and thousands of available products to accommodate Muslim travelers.

With a large Muslim population and a rich knowledge of Islamic culture, Indonesia possesses the massive potential to spearhead global Halal tourism.

Some countries lack the information on how to improve this type of touristic activities such as what food and beverages can be served to Muslim travelers.

Thus, Indonesia can take advantage of such opportunities by sharing information with countries like Taiwan that is genuinely invested in developing its Halal tourism sector.

Although Indonesia is also involved in this tourism sector, it remains unclear how the country plans on expanding it in the future.

As such, Rita suggests that Indonesia work in parallel with overseas Halal tourism development in order to improve its own approach to this Muslim-friendly tourism sector.