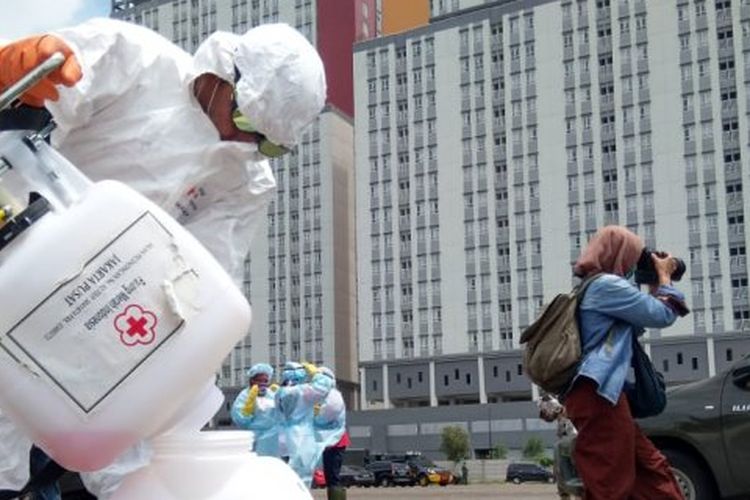 SOUTH TANGERANG, KOMPAS.com – Two asylum seekers from Afghanistan who have contracted the coronavirus have already been referred to the Wisma Atlet Covid-19 hospital in Central Jakarta, an official confirmed on Monday, October 26.

“They have been transferred to the Wisma Atlet Kemayoran emergency hospital for Covid-19 patients,” said Suhara Manullang, coordinator of the South Tangerang Covid-19 Task Force.

Suhara explained that the two were transferred from a quarantine house in South Tangerang to the emergency hospital in Jakarta so that they could be monitored directly by the central government. It’s not because they have comorbidities that need further medical treatment, he said. 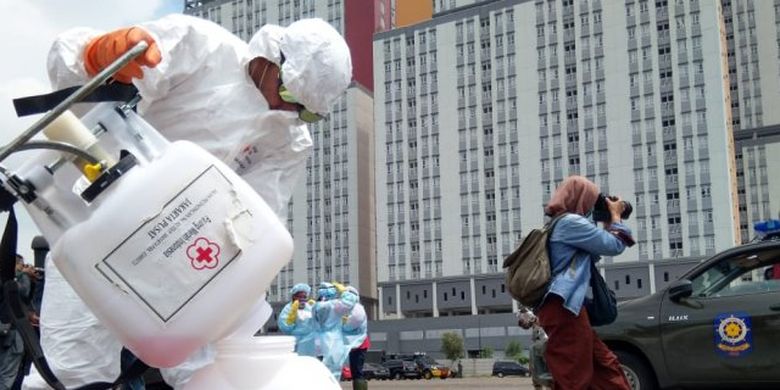 ANTARA/Sugiharto Purnomo A member of the Indonesian Red Cross prepares to disinfect the Wisma Atlet Kemayoran emergency hospital for Covid-19 patients in Jakarta.
The transfer, Suhara said, was based on the directives from South Tangerang Mayor Airin Rachmi Diany and coordination with several government agencies.

“After some careful considerations, they were then referred to the Wisma Atlet Covid-19 hospital. The decision was made because they are foreigners and further steps need to be taken after recovery,” he said.

He went on to say that the two have tested positive for the Covid-19 after undergoing swab tests at a private hospital. They live in Pisangan, South Tangerang on the outskirts of Jakarta. They then reported the results to the health center nearby.

“We were not informed about what happened to them before the swab tests. But, [we were told] they reported the test results from a private hospital to the health center,” Suhara said.

They must be transferred to…

Emergency Covid-19 Restrictions Create Traffic Congestion...
Comments
There are no comments
Comment wisely and responsibly. Comments are entirely the responsibility of the commentator as regulated in the ITE Law
Thank You! We have received your report. We will remove comments that conflict with the Community Guidelines and the ITE Law.