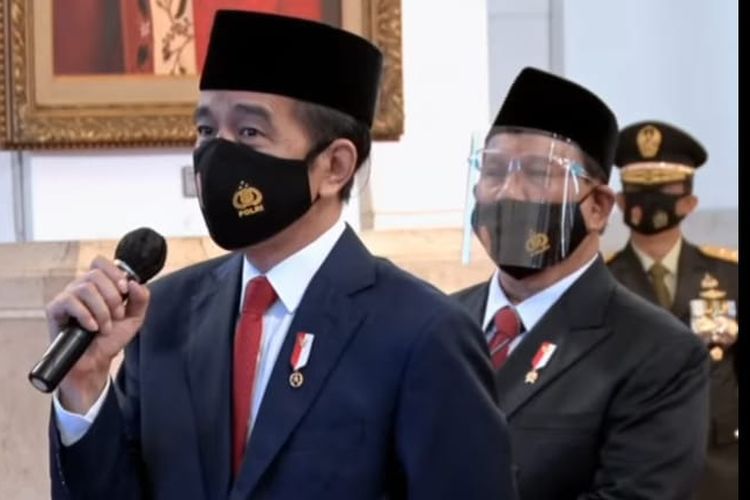 JAKARTA, KOMPAS.com – The prospect of protests continued to play on President Joko ‘Jokowi’ Widodo’s mind as the government is set to start Covid-19 vaccinations next November.

The head of state urged officials to give the information on the vaccine correctly and transparently before it is carried out.

“The last thing we need is the public rejecting [the vaccine] because of disinformation and inefficient dissemination of facts,” Jokowi warned during a cabinet meeting at the Presidential Palace on Monday, October 19.

“Next thing we know, the [public] will have something else to protest about, especially as many among the public are facing hard times.”

He added that the government needed to highlight other aspects of the vaccine, such as “who gets priority for it, its price and distribution, as well as who should pay for the inoculation and who gets it for free”.

Jokowi reminded his cabinet not to be hasty in communicating the government’s policy, as doing so will reprise the chaos surrounding the Jobs Creation Omnibus Law.

“We need to be mindful about sensitive aspects of the vaccine, such as whether it is halal, its costs and distribution,” he said.

The government projected that 160 million Indonesians will receive the Covid-19 vaccine in 2021. They include 86 million recipients of the Health Care and Social Security Agency or BPJS who are entitled to free vaccinations.

In-Person Learning Must be Held with...
Comments
There are no comments
Comment wisely and responsibly. Comments are entirely the responsibility of the commentator as regulated in the ITE Law
Thank You! We have received your report. We will remove comments that conflict with the Community Guidelines and the ITE Law.