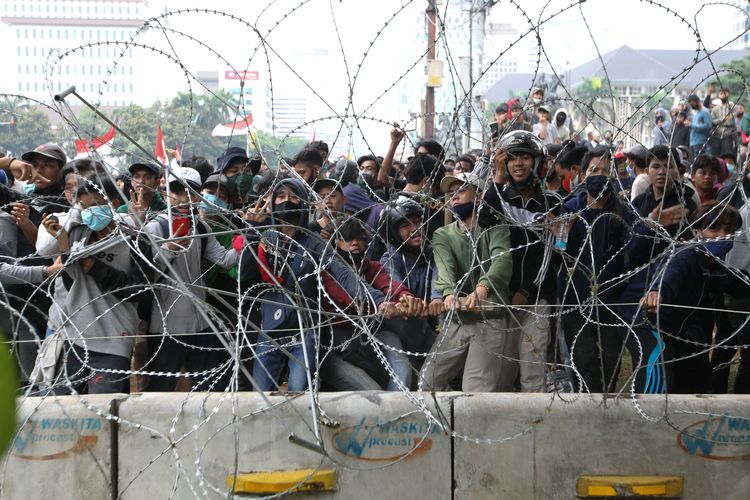 “The police disregarded the legal principle of innocent until proven guilty, as they drew conclusions [of the KAMI activitsts’] guilt, even though their investigations are still ongoing,” the retired Army four-star general said in a press release dated October 14.

“[The police] also showed their disrespect for this principle by disclosing the men’s identities.”

Protests against the Jobs Creation law also erupted in other Indonesian cities like Bandung, Surabaya, Medan and Makassar.

The law, which was intended, among other things, to bolster investment in Indonesia and reduce red tape, angered trade unions and civil society organizations for some of its clauses, allegedly increasing the workday from five to six days and reducing severance for laid off workers.