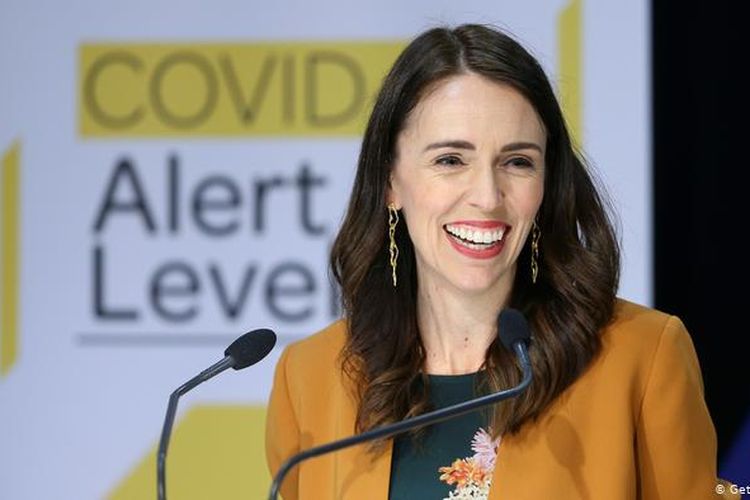 Lihat Foto
Jacinda Ardern is set to win the New Zealand general election especially after her success in containing Covid-19 in the country.(GETTY IMAGES/H HOPKINS via DW INDONESIA)

WELLINGTON, KOMPAS.com – Jacinda Ardern is set to win the New Zealand general election especially after her success in containing Covid-19 in the country.

Nearly 1,000 university students, without masks, gave the Prime Minister a Rockstar reception during her final Wellington campaign rally this week.

Jacinda Ardern herself was without a face mask and happily posed for selfies, rubbing shoulders alongside dozens of young supporters.

The scene would spark outrage almost anywhere else in the world, but not in New Zealand after Jacinda Ardern led the country to be one of the most successful in containing the spread of the Covid-19 virus.

Wearing face masks and practicing social distancing are no longer mandatory in the country and it is such achievements upon which Ardern has staked her political future in Saturday's New Zealand general election.

"When people ask, is this a Covid election, my answer is yes, it is," the charismatic center-left leader said when launching her bid for another three-year term.

Indications so far are that the strategy is working, with Ardern's Labour Party enjoying a strong lead in opinion polls after a campaign light on policy detail but full of references to quashing the coronavirus.

Five Indonesian Citizens Remain Unreachable after...
Comments
There are no comments
Comment wisely and responsibly. Comments are entirely the responsibility of the commentator as regulated in the ITE Law
Thank You! We have received your report. We will remove comments that conflict with the Community Guidelines and the ITE Law.