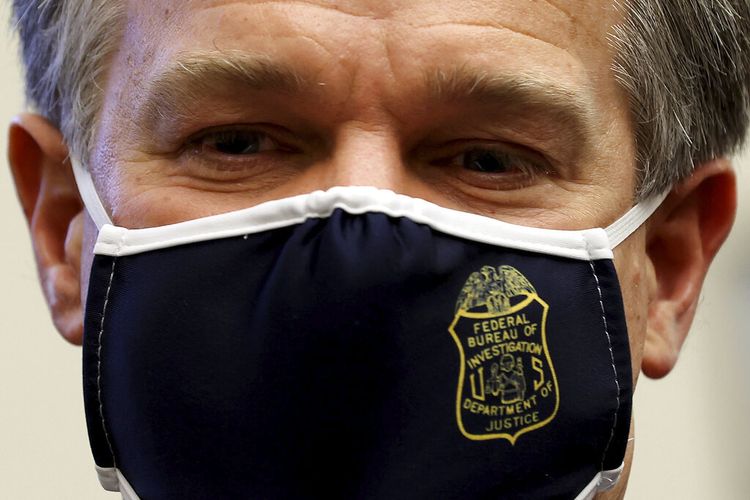 WASHINGTON, KOMPAS.com - FBI Director Chris Wray told lawmakers that Antifa is an ideology, not an organization hence putting him at odds with President Donald Trump.

The US President has said that he would designate it as a terror group.

Hours after the statement, Trump went on a Twitter attack against the FBI Director for his statements on Antifa and Russian election interference.

The two themes dominated a congressional hearing on threats to the American homeland.

Referring to Antifa, the president wrote: “And I look at them as a bunch of well-funded ANARCHISTS & THUGS who are protected because the Comey/Mueller inspired FBI is simply unable, or unwilling, to find their funding source, and allows them to get away with “murder”. LAW & ORDER!”

The Twitter barbs thrust Wray again into a spotlight that he has spent three years trying to avoid after his predecessor, James Comey, became entangled in politics before being ultimately fired.

Though Wray said as recently as Thursday that the FBI made unacceptable mistakes during its investigation into ties between the Trump campaign and Russia, Trump nonetheless has intermittently lashed out at Wray over the pace of fixing those problems and continues to regard his intelligence community with suspicion because of the Russia probe.

Wray did not dispute in his testimony Thursday that Antifa activists were a serious concern, saying that Antifa was a “real thing” and that the FBI had undertaken “any number of properly predicated investigations into what we would describe as violent anarchist extremists”, including into individuals who identify with Antifa.

But, he said, “It’s not a group or an organization. It’s a movement or an ideology.”

That characterization contradicts the depiction…