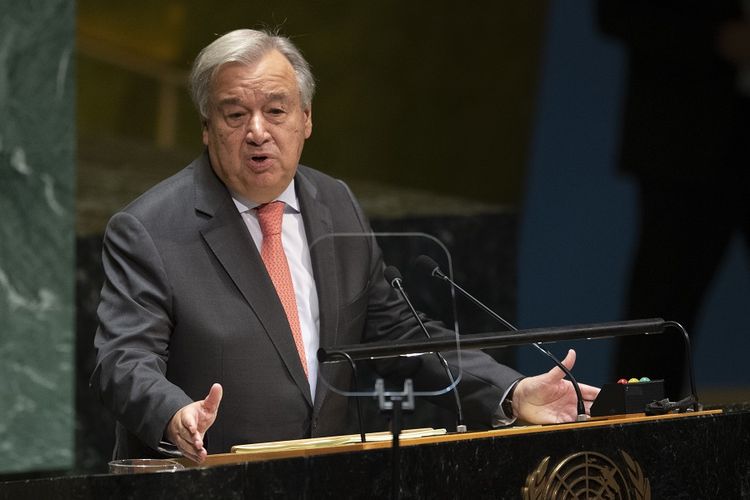 GENEVA, KOMPAS.com – The coronavirus pandemic added to the ongoing struggles facing the United Nations on top of a lasting liquidity crunch.

Meetings have been postponed and marble-clad hallways are echoing empty that would otherwise be buzzing with the usual frenzied diplomatic wrangling at its headquarters in Geneva.

As the world grapples with multiple towering crises linked to Covid-19, fears abound that the world body is sinking into lethargia and that the already suffering multilateral system risks buckling.

"The response to the crisis must be multilateral," French Ambassador Francois Rivasseau told the UN Human Rights Council this week, stressing that it was "essential that the international organisations resume their work".

"The resumption of activities is slow and we are beginning to worry," agreed a European diplomat who asked not to be identified.

Usually bustling with delegates and United Nations staffers from across the world, the UN cafeteria has for weeks been eerily quiet, with a handful of masked people carrying trays of pre-portioned food past a former salad bar draped in plastic.

The dramatic slowdown at the UN's Palais des Nations headquarters has come even as host country Switzerland has remained relatively unscathed by the pandemic, dodging the strict confinement measures seen in neighbouring countries.

The UN, which usually houses thousands of staff, delegates, activists, journalists and others on any given day, decided back in March to halt all in-person events and shut its doors to all but a few dozen essential workers.

By early September, only around 30 percent of the United Nations Geneva Secretariat's some 2,900 staff members had returned to their offices.

The UN has since asked…