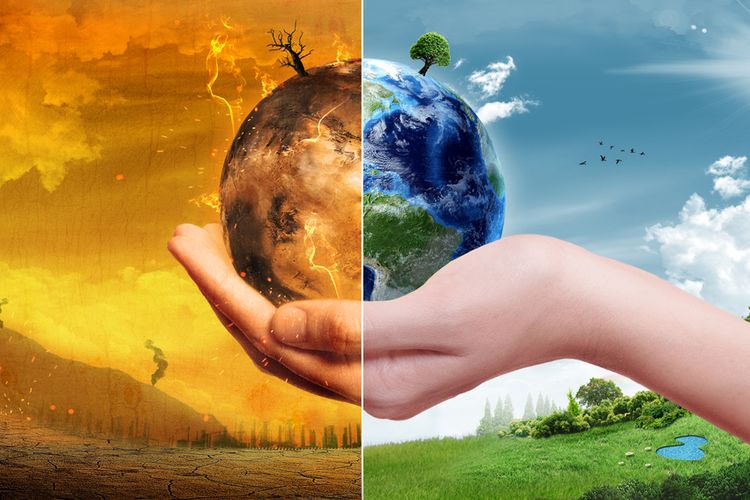 Lihat Foto
Persisting greenhouse gas is pushing rising sea levels up to nearly 40 centimeters this century as ice sheets in Antarctica and Greenland continue to melt.(SHUTTERSTOCK/ParabolStudio)

Until the turn of the 21st century, the West Antarctic and Greenland ice sheets generally accumulated as much mass as they shed. Runoff, in other words, was compensated by fresh snowfall.

But over the last two decades, the gathering pace of global warming has upended this balance.

Last year, Greenland lost a record 532 billion tonnes of ice — the equivalent of six Olympic pools of cold, fresh water flowing into the Atlantic every second.

This run-off accounted for 40 percent of sea level rise in 2019.

The UN's Intergovernmental Panel on Climate Change (IPCC) in a special report on Earth's frozen spaces predicted last year that Greenland ice melt could contribute 8-27 cm to ocean levels by 2100.

It estimated Antarctica could add 3-28 cm on top of that.

A study published earlier this…