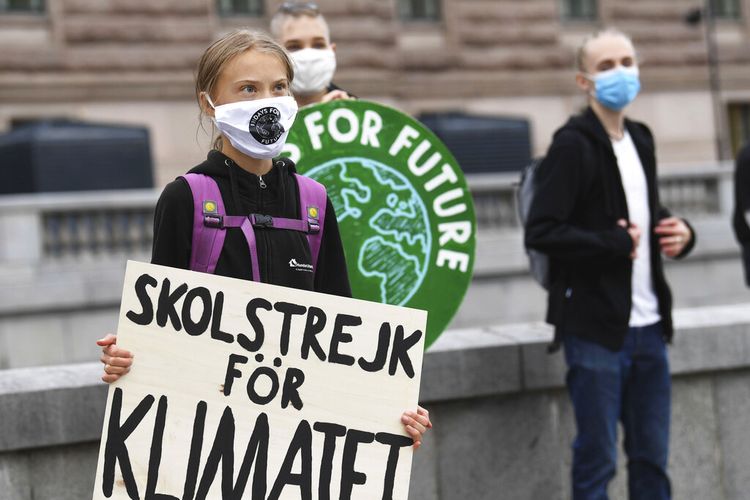 Lihat Foto
In the age of worsening climate change, Sweden?s Greta Thunberg is a strong contender for this year?s Nobel Peace Prize.(Fredrik Sandberg)

OSLO, KOMPAS.com – In the age of worsening climate change, Sweden’s Greta Thunberg is a strong contender for this year’s Nobel Peace Prize.

Thunberg’s Fridays for Future movement has highlighted the link between environmental damage and the threat to peace and security, experts say.

The $1 million Nobel Peace Prize award is arguably the world’s top accolade, and the winner will be announced in Oslo on October 9.

The prize could be split up to three ways with 318 candidates for the prestigious award.

The Swedish 17-year-old was nominated by three Norwegian lawmakers and two Swedish parliamentarians and if she wins, she would receive it at the same age as Pakistan's Malala Yousafzai, the youngest Nobel laureate thus far.

Asle Sveen, a historian and author of several books about the prize, said Thunberg would be a strong candidate for this year's award, her second nomination in as many years, with the US West Coast wildfires and rising temperatures in the Arctic "leaving people in no doubt" about global warming.

"Not a single person has done more to get the world to focus on climate change than her," Sveen told Reuters.

The committee has given the prize to environmentalists before, starting with Kenya's Wangari Maathai in 2004 for her campaign to plant 30 million trees across Africa, and in 2007 to Al Gore and the Intergovernmental Panel on Climate Change.

In the era of the coronavirus crisis, the committee could also choose to highlight the threat of pandemics to peace and security, said Dan Smith, the director of the Stockholm International Peace Research Institute.

"There is a relationship between…