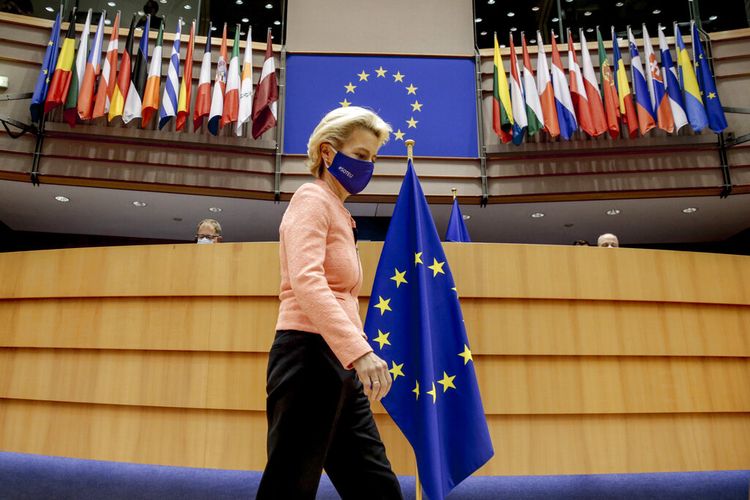 The EU’s chief executive laid out ambitious goals on Wednesday that would make the bloc become more resilient in the aftermath of a pandemic that has plunged Europe into its deepest recession in history.

Ursula von der Leyen doubled down on the flagship goals she set out on taking office last December: urgent action to combat climate change and a digital revolution.

"This is the moment for Europe," von der Leyen told the European Parliament in a wide-ranging speech that ran for around 80 minutes.

"The moment for Europe to lead the way from this fragility to a new vitality."

Von der Leyen, who wants Europe to become the world's first climate-neutral continent by mid-century, unveiled a plan to cut the EU's greenhouse gas emissions by at least 55 percent from 1990 levels by 2030, up from an existing target of 40 percent.

She also pledged to use green bonds to finance those climate goals.

"There is no more urgent need for acceleration than when it comes to the future of our fragile planet," she said.

"While much of the world's activity froze during lockdowns and shutdowns, the planet continued to get dangerously hotter."