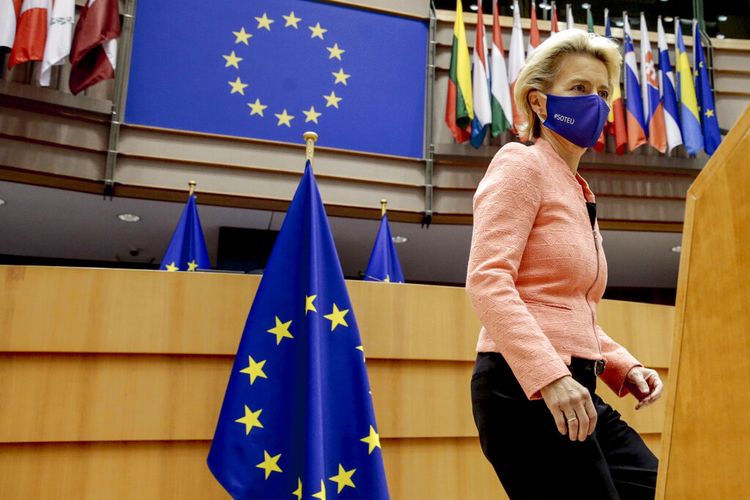 The Chief Executive of the EU described immigration as a normal fact of life and stated that Europe should learn how to manage it.

In a major policy speech to the European Parliament that drew applause and the occasional heckle, Ursula von der Leyen said immigration policy must recognize "that each human being has a solemn dignity".

Migration policies have triggered quarrels within the EU since 2015 when more than a million people reached Europe by sea and thousands died trying.

The numbers of those arriving have fallen sharply since then, but EU members are still divided over how to share the responsibility of hosting them, and far-right parties have gained votes across the bloc calling for a harder line.

"Migration has always been a fact for Europe — and it will always be," von der Leyen said. "This is normality. We should be and we have to be able to manage that."

At one point in her speech, she was interrupted by a right-wing German lawmaker, as she accused "the extreme right" of "preaching hate" on the immigration issue.

"But hate has never given any good advice," von der Leyen said.