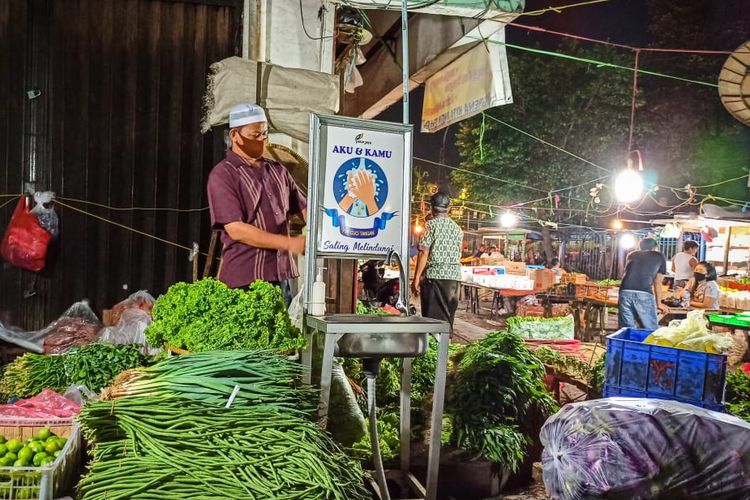 The move comes as the capital prepares to impose tighter large-scale social distancing (PSBB) next week.

“[The street thugs] are well placed to prevent and contain potential clusters [of Covid-19 cases] in traditional markets, as they know their way around the marketplace,” Gatot told state news agency Antara on September 10. He assured that they will be put on a tight leash.

“Police and military personnel will train [the thugs] to help enforce [health protocols] in a humane manner. We will also supervise them to ensure they will not use force or other illegal methods.”

He said that the street thugs' aid is indispensable, as policemen and soldiers are expected to have their hands full enforcing PSBB health protocols. The protocols are expected to be the tightest yet in the capital since Covid-19 was detected in Indonesia last March.

But Indonesia’s leading police watchdog, the National Police Commission or Kompolnas, is not so easily convinced.

“We are concerned that the police’s plan to deputize street thugs will increase tensions,” Kompolnas spokesperson Poengky Indarti told Kompas.com on September 11.

“If, for instance, they strongly reproached or verbally abused somebody too strongly for not wearing masks or failing to comply with other health protocols, or if the person in question talked back, it will lead to physical violence.”

"If (Gatot) is really going…

Asian Markets Rise as Recession Talk...
Comments
There are no comments
Comment wisely and responsibly. Comments are entirely the responsibility of the commentator as regulated in the ITE Law
Thank You! We have received your report. We will remove comments that conflict with the Community Guidelines and the ITE Law.