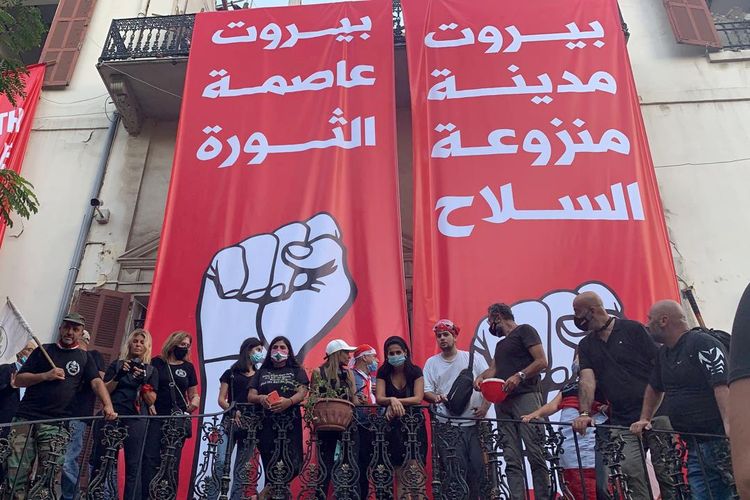 PARIS, KOMPAS.com – France urged Lebanon to carry out serious reforms following the Beirut explosion and warned that the country risked “disappearing” as a state if it failed.

French President Emmanuel Macron will visit Lebanon next week to assert the urgency for the Lebanese government to change and reform.

The upcoming message will be similar to the one made on his last trip on August 6, two days after the Beirut explosion occurred. The catastrophic twin blasts left 181 people dead.

The Elysee also confirmed a "working document" had been submitted by France to Lebanon ahead of the visit, outlining the issues to be discussed.

France wants to see the rapid formation of a new government capable of dealing with Lebanon's crisis and undertaking key financial reforms including an audit of the central bank.

"The risk today is of Lebanon disappearing so these measures have to be taken," French Foreign Minister Jean-Yves Le Drian told RTL radio.

"They are caught up between themselves in a consensus of inactivity," Le Drian said. "That can't go on and we are saying that very clearly."

"The President of the Republic said it when he went to Lebanon on August 6. He will say it again when he'll be in Beirut on Tuesday."

But he has made it clear that the country needs political reform as well as financial help, a message that has struck a chord with many Lebanese tired of decades of rule by the same political dynasties.

Premier Hassan Diab's cabinet has resigned over the blast, which was blamed on a store of ammonium nitrate left for years in a port warehouse despite warnings.

But in a pattern all-too-familiar to the Lebanese, the country today appears no closer to forming a new government.

A French diplomatic source told AFP in Paris that the working document for the visit did not constitute a "roadmap" and France had no intention of meddling in Lebanese affairs.

"But as the president has said 'a friend needs to be demanding with its friend'. It is this idea of being demanding that requires these elements to be discussed," said the source, who asked not to be named.

"There is no question of offering a blank cheque," added the source.

Lebanon was under the French mandate from the collapse of the Ottoman Empire in the wake of World War I until its independence in November 1943.