Lihat Foto
French President Emmanuel Macron pledged his support and urged change after the harrowing Beirut explosion during a visit to Lebanon.(Watchpro) 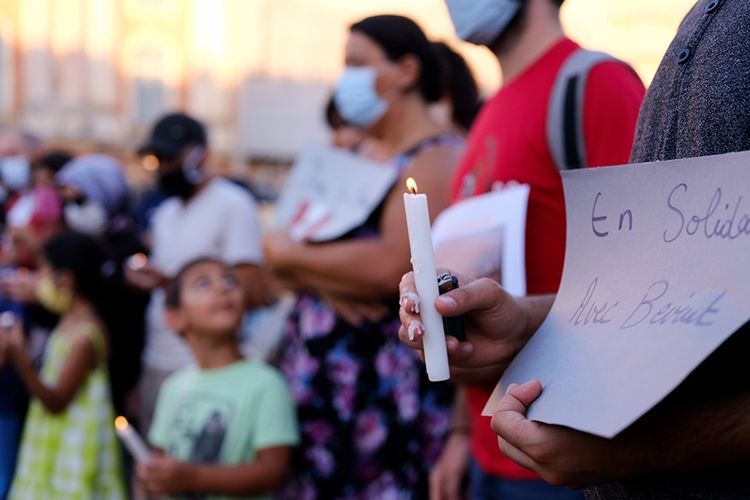 BEIRUT, KOMPAS.com – French President Emmanuel Macron pledged his support and urged change after the harrowing Beirut explosion during a visit to Lebanon.

The Lebanese capital has been left in a disastrous state that has sparked grief and fury, but also global support for Beirut.

"Lebanon is not alone," he tweeted on arrival before pledging Paris would coordinate international relief efforts.

The colossal blast has claimed the lives of 137 casualties, wounded thousands, and caused billions of dollars in damage.

But Macron also warned that Lebanon — already mired in a deep economic crisis, in desperate need of a bailout and hit by political turmoil — would "continue to sink" unless it implements urgent reforms.

Public anger is on the boil over the blast caused by a massive pile of ammonium nitrate that had for years lain in a ramshackle portside warehouse — proof to many Lebanese of the deep rot at the core of their state system.

As Macron inspected a devastated pharmacy, angry crowds outside vented their fury at their "terrorist" leadership, shouting "revolution" and "the people want an end to the regime!"

Emmanuel Macron's visit to the…

Rich Nations Target $20 Billion to...
Comments
There are no comments
Comment wisely and responsibly. Comments are entirely the responsibility of the commentator as regulated in the ITE Law
Thank You! We have received your report. We will remove comments that conflict with the Community Guidelines and the ITE Law.