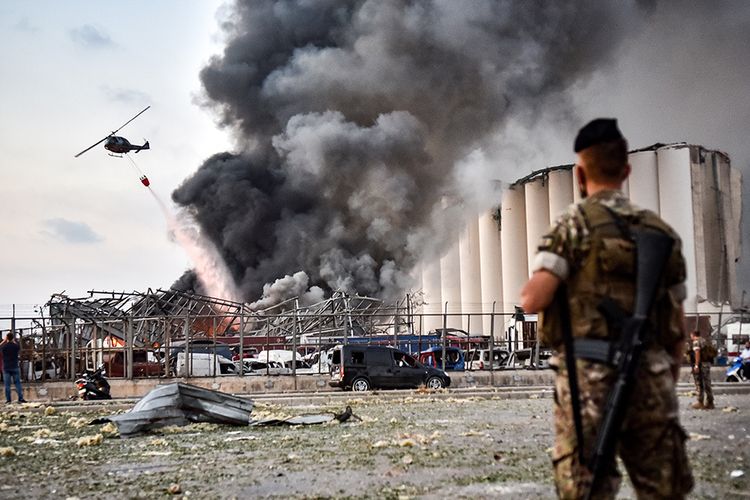 Lihat Foto
The Lebanese government has instructed an ?investigative committee? to determine responsibility for the devastating Beirut explosion within four days.(AFP/STR)

PARIS, KOMPAS.com – The Lebanese government has instructed an “investigative committee” to determine responsibility for the devastating Beirut explosion within four days.

The instruction was given on Tuesday but was shared by Foreign Minister Charbel Wehbe to a French radio Thursday.

"This morning, a decision was taken to create an investigative committee which in four days maximum must provide a detailed report on responsibility — how, who, what, where? There will be judicial decisions," he told Europe 1 radio.

"It is serious, and we take it seriously," Wehbe said.

"Those responsible for this horrible crime of negligence will be punished by a committee of judges," he added.

The provisional death toll from the massive blast stood at 137 Thursday, but with dozens missing and 5,000 wounded, the number of victims was expected to rise as rescue workers continued to comb through the rubble.

The Beirut governor estimated up to 300,000 people may have been made temporarily homeless by the disaster, which he said would cost the debt-ridden country in excess of $3 billion.

On Wednesday, the government called for the house arrest of those responsible for the storage of a large quantity of ammonium nitrate, a substance used in fertilizers and explosives, in the port of the Lebanese capital.

According to Lebanese officials, the…

Jokowi Issues Perppu to Regulate Elections...
Comments
There are no comments
Comment wisely and responsibly. Comments are entirely the responsibility of the commentator as regulated in the ITE Law
Thank You! We have received your report. We will remove comments that conflict with the Community Guidelines and the ITE Law.