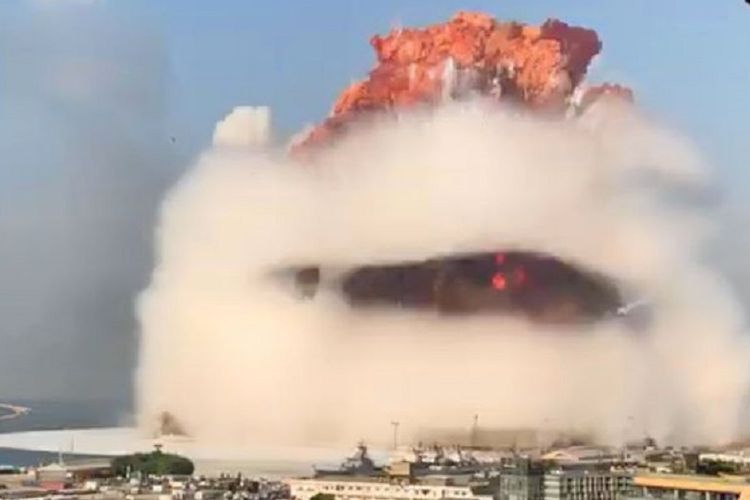 JAKARTA, KOMPAS.com – The Indonesian Ministry of Foreign Affairs has announced that one Indonesian national is among the thousands wounded in the twin blasts in Beirut, Lebanon on August 4.

“The Indonesian Embassy in Beirut has managed to contact an Indonesian national who is among the wounded during the blast in Beirut harbor,” the ministry said in a press release on August 5. “He is currently in a stable condition.”

“The ministry will continue to aid the citizen until he fully recovers, and coordinate with [the Lebanese government] to ensure the safety of Indonesian citizens.”

Indonesian ambassador to Lebanon Hajriyanto Thohari said that Indonesian citizens in Beirut are all accounted for, including an individual quarantined at Rafik Hariri hospital near the blast.

“The Indonesian Embassy reported that there are 1,447 Indonesian citizens in Lebanon, 1,213 of whom are with the Garuda [UN Peacekeeping] Contingent. The rest are civilians, among them Embassy personnel and students.”

“The Indonesian government also expresses its solidarity with the government of Lebanon and its condolences to the victims.”

For their part, Indonesian peacekeepers have done their bit to help the wounded.

“The Indonesian peacekeeper has sent an ambulance and two medical personnel from [the base] at Naqoura to evacuate the victims of the explosion at the port of Beirut,” said TNI Peacekeeping Mission Center commander Army Major General Victor H. Simatupang.

According to the BBC, the…