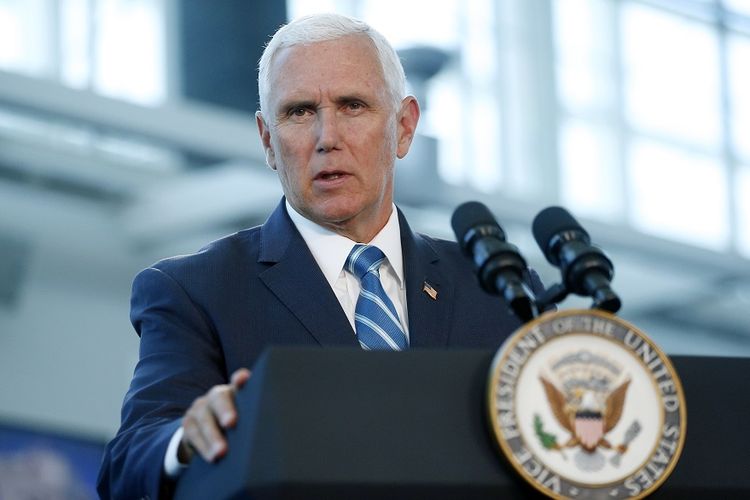 BALTIMORE, KOMPAS.com – Mike Pence warned the audience at the Republican National Convention Wednesday that they “won’t be safe in Joe Biden’s America”.

The US Vice-President continued his speech by casting President Donald Trump as their protector against the “radical” left.

Mike Pence was the keynote speaker in a parade of Trump supporters who sought to boost the US President’s reputation.

Speakers took the stage to describe President Donald Trump in a flattering light as an economic virtuoso and champion of conservative and pro-life values, law enforcement, and civil rights.

They also spoke of dark forces intent on ending the American dream, and said losing to their Democratic rivals is not an option.

"Law and order is on the ballot," Pence stressed on the third night of a convention overshadowed by violent unrest in Wisconsin and the approach of Hurricane Laura to the southern US coast.

He addressed the event from Fort McHenry in Baltimore, the site of an 1814 British bombardment that inspired the poem later turned into the US national anthem, "The Star-Spangled Banner."

With that backdrop, Pence made the patriotic case for Trump getting a second term instead of allowing the nation to be "fundamentally transformed" by a Biden administration he warned would take an uncharted path towards socialism and mob rule.

"The hard truth is, you…

Japan’s PM Suga Won’t Run for...
Comments
There are no comments
Comment wisely and responsibly. Comments are entirely the responsibility of the commentator as regulated in the ITE Law
Thank You! We have received your report. We will remove comments that conflict with the Community Guidelines and the ITE Law.