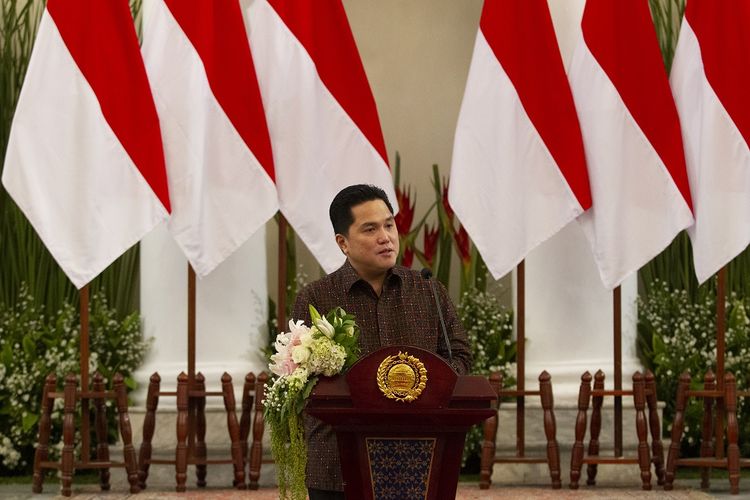 JAKARTA, KOMPAS.com – The Indonesian government is set to provide cash transfers to about 12 million micro, small and medium enterprises under a program to spur the national economy battered by the Covid-19 pandemic.

“Hopefully, the financial assistance of 2.4 million rupiahs ($163) for the 12 million productive micro, small and medium enterprises will be announced next week or so,” said Erick Thohir, the chief executive of the Covid-19 Handling and National Economic Recovery Committee.

Erick, who is also the minister of state-owned enterprises, said the government has allocated 28.8 trillion rupiahs ($1.9 billion) for the program.

There are also other government programs to revive the national economy, he said who is tasked with accelerating and ensuring the program implementation in the Covid-19 committee.

“The loan assistance and subsidies for the micro, small and medium enterprises have already been carried out, but we are still monitoring its implementation.”

The government has announced two new programs to help micro, small and medium enterprises to survive during the pandemic. The programs include cash transfers and working capital loans.

Previously, head of the National Economic Recovery Task Force Budi Gunadi Sadikin said the cash transfer of 2.4 million rupiahs ($163) will be distributed in stages, starting from a million micro, small and medium enterprises.

“We hope that the financial assistance can be used not only for basic necessities but also for working capital,” said Budi, who is also state-owned enterprises deputy minister in an online press conference from the presidential office in Jakarta on July 29.

Indonesia to Get 77.5 Million More...
BUSINESS