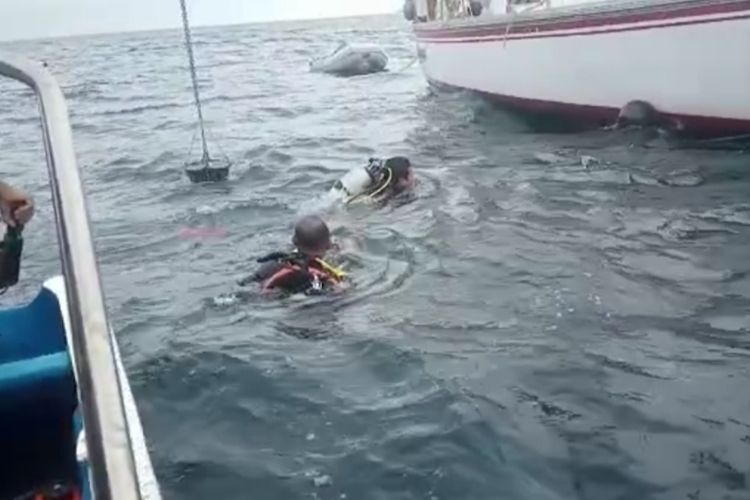 KOMPAS.com- American tourists Kevin Scott Pool and his wife Carol Marie or Laila might have thought their dive in Ambon Bay last August 7 would be an idyllic highlight of their vacation in the Indonesian province of Maluku.

Instead, the two found their descent to the bay’s clear waters plummeting into a nightmare after Carol Marie disappeared during the dive.

The 56-year-old has yet to be found over the weekend, despite a manhunt involving police and military personnel, the National Search and Rescue Agency [Basarnas], and local divers.

Kevin said the two went on their dive at Amahusu village.

“I dived an hour ahead of Carol,” he recalled to Kompas TV. “I actually took some photos and videos [of Carol] before we both headed to the surface.”

However, that was the last the 57-year-old from California saw of his wife.

“[Kevin] maintained he surfaced on the assumption that [Carol] will join him after she finished her dive,” said Djunaidi, the head of Ambon’s Basarnas branch.

“He realized something was wrong when she never surfaced. Basarnas got on the scene after he reported her missing.”

Govt Pleads Indonesians to Avoid Traveling...
Comments
There are no comments
Comment wisely and responsibly. Comments are entirely the responsibility of the commentator as regulated in the ITE Law
Thank You! We have received your report. We will remove comments that conflict with the Community Guidelines and the ITE Law.