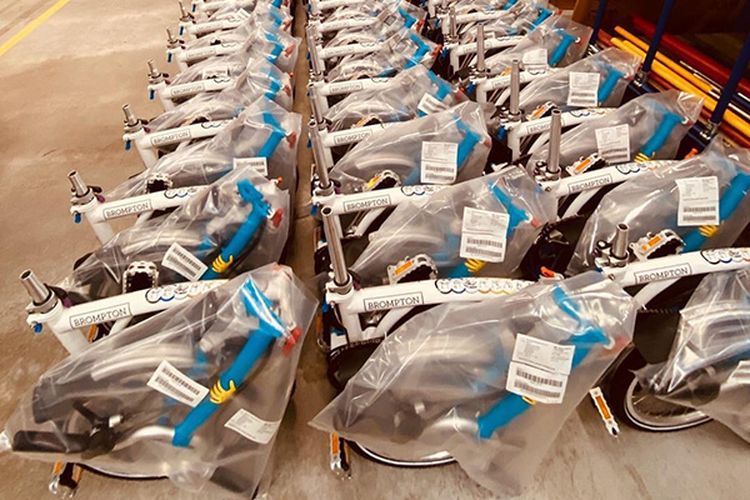 Lihat Foto
British bike makers Brompton produce Wheels for Heroes bikes meant for the Covid-19 frontline health workers in the UK. The bikes should not be commercialized under any circumstance. (VIA BROMPTON)

JAKARTA, KOMPAS.com – British bike makers Brompton is seeking help from Indonesian Brompton communities in recovering a limited-edition bike stolen from a health worker in the UK and was advertised for sale in Indonesia.

The unit is among a thousand manufactured by Brompton for its Wheels For Heroes program.

Brompton sent the request in a letter to the founder of Brompton Owner Group of Indonesia (BOGI), Baron Martanegara. Upon receiving the letter from James Ku, Senior Asia Marketing Executive at Brompton, Baron then posted it on BOGI Facebook account on July 15.

For Brompton, the Wheels For Heroes (WFH) bikes are important because they are meant for health workers who are on the frontline of the fight against Covid-19, and they are not for sale. The production of these particular bikes used crowdfunding raised by the company and the people in the UK.

“We want to inform you that the bike advertised for sale in Indonesia is a stolen bike from a health worker in the UK,” said James in the letter.

The bike has a crime number report and is listed on the stolen bike register in the UK.

"We ask the Brompton communities, including in Indonesia, to provide further information about this incident."

"Brompton hopes the bike can be recovered and to be used again by the health workers in the UK," he said. “We sent this letter to get support from the Brompton communities in Indonesia in identifying and securing the bicycle."

"We hope this message can be disseminated through social media networks such as the BOGI Community and Brompton Explore."

The screenshot of the letter…