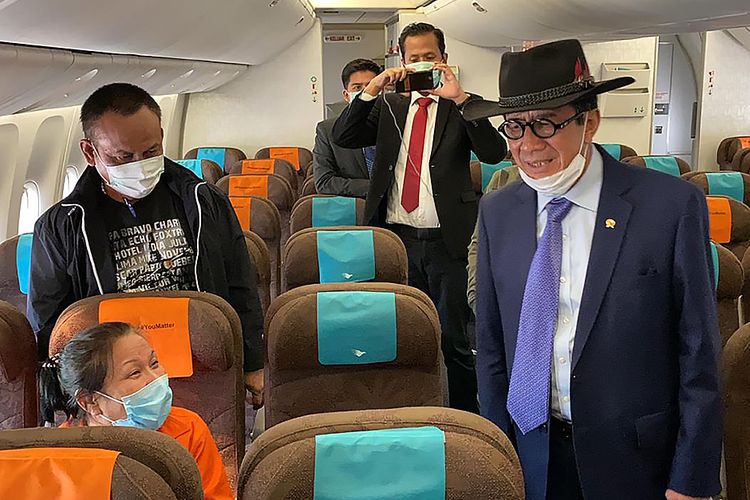 “Indonesia and Serbia are not yet bound by extradition agreements, but through a high-level approach with the officials of the Serbian government and given the excellent relations between the two countries, Maria Pauline Lumowa's extradition request was granted," Yasonna said.

It was a reciprocal move after the 2015 extradition of fugitive Nikolo Iliev to Serbia.

Previously, Indonesia also had twice proposed the extradition process to Netherland’s government in 2010 and 2014 because Maria turned out to have been a Dutch citizen since 1979.

Chronology of the extradition process

The extradition process began when Maria was arrested by the Interpol at the Nikola Tesla International Airport, Belgrade on July 16, 2019, following a red notice issued by Indonesia.

“After the arrest, we responded to the notification from the government of Serbia, Interpol Serbia,” the minister said in a report by Kompas TV.

The ministry soon acted on the information of the arrest by sending a letter of request to accelerate the extradition on July 31, 2019, and September 3, 2019.

Maria is one of the suspects of BNI fraud worth 1.7 trillion rupiahs through a fictitious letter of credit (L/C). The case began in the period from October 2002 to July 2003. At that time BNI disbursed loans worth $136 million and 56 million euros or the equivalent of 1.7 trillion rupiahs at the then exchange rate to PT Gramarindo Group, which is owned by Maria and Adrian Waworuntu.

The action was taken by…