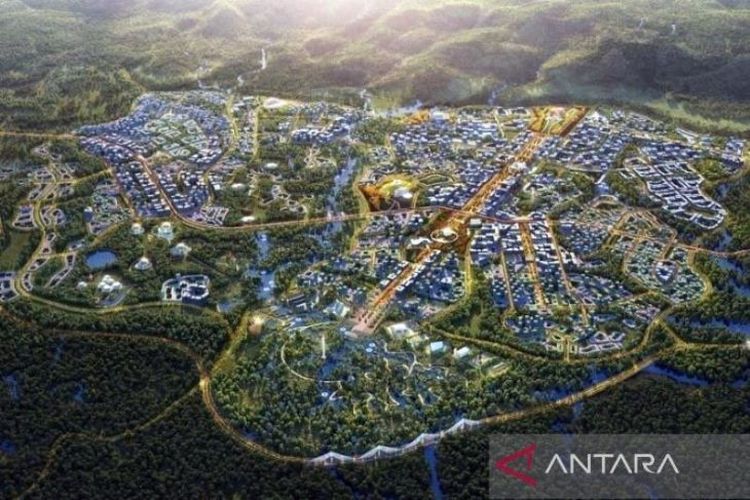 In 2019, President Joko “Jokowi” Widodo announced the relocation of the new capital to a forested area in East Kalimantan to relieve some of the burden on Jakarta and the crowded island of Java.

The total budget ceiling for the directorate general of human settlements this year is 25.03 trillion rupiah ($1.7 billion), according to its director general, Diana Kusumastuti, during a hearing with the House of Representatives Commission V on Tuesday, Jan. 24.

"It includes (the budget used) for the construction of the Nusantara capital city with an amount of 10.38 trillion rupiah,” she said.

The budget will be spent on the development of basic human settlement infrastructure at the new capital this year.

The fund will also finance the development of Phase I of the main and secondary distribution network (JDU) for Sepaku SPAM.

Furthermore, the ministry has allocated 816.4 billion rupiah ($54.5 million) for the construction of basic sanitation infrastructure, such as wastewater treatment plants (IPAL) 1, 2, and 3 in the Central Government Core Area (KIPP).

In addition, the allocation will be utilized for constructing wastewater pipeline networks, integrated waste treatment sites (TPST) 1 KIPP, and residue backfill units for the waste management.