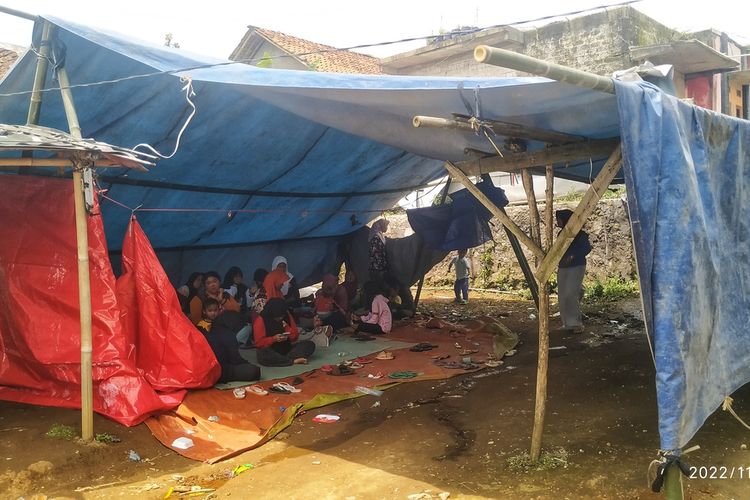 Lihat Foto
Some residents gather at a shelter in a village in Sukabumi on Tuesday, November 22, 2022 a day after the 5.6-magnitude quake struck Indonesia's West Java. (KOMPAS.COM/BUDIYANTO) 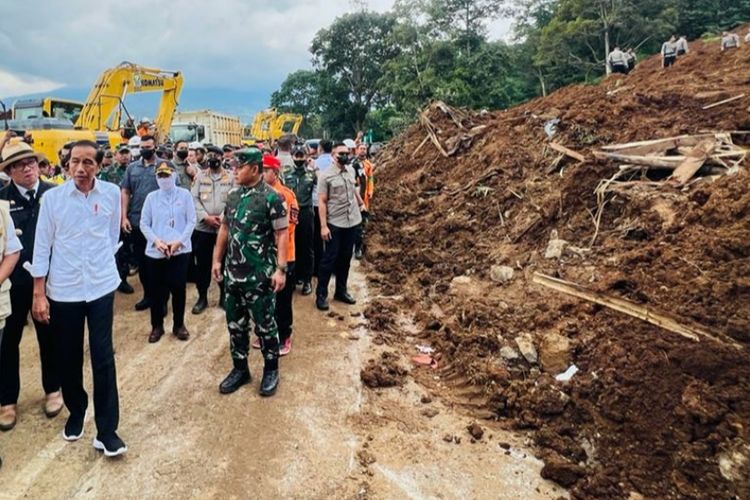 As bodybags emerged from crumpled buildings in Indonesia’s most populous province, rescue efforts turned to any survivors still under debris in areas made hard to reach by the mass of obstacles thrown onto the roads by the quake.

The epicenter of the shallow 5.6-magnitude quake on Monday, Nov. 21, was near the town of Cianjur where most of the victims were killed as buildings collapsed and landslides were triggered.

One of the dozens of rescuers, 34-year-old Dimas Reviansyah, said teams were using chainsaws and excavators to break through piles of felled trees and debris to reach areas where civilians were believed trapped. “I haven’t slept at all since yesterday, but I must keep going because there are victims who have not been found,” he said.

Drone footage taken by AFP showed the extent of a quake-triggered landslide where a wall of brown earth is only punctuated by workers using heavy machinery to clear a road.

President Joko Widodo visited the area on Tuesday, offering compensation for victims and ordering disaster and rescue agencies to “mobilize their personnel” to prioritize the evacuation of victims.

“On behalf of myself, on behalf of the government, I would like to express my deepest condolences,” he said.

Indonesia’s national disaster mitigation agency, or BNPB, said at least 25 people were still buried under the rubble in Cianjur as darkness fell Monday.

“There’s a possibility there are…

Rich Nations Target $20 Billion to...
Comments
There are no comments
Comment wisely and responsibly. Comments are entirely the responsibility of the commentator as regulated in the ITE Law
Thank You! We have received your report. We will remove comments that conflict with the Community Guidelines and the ITE Law.