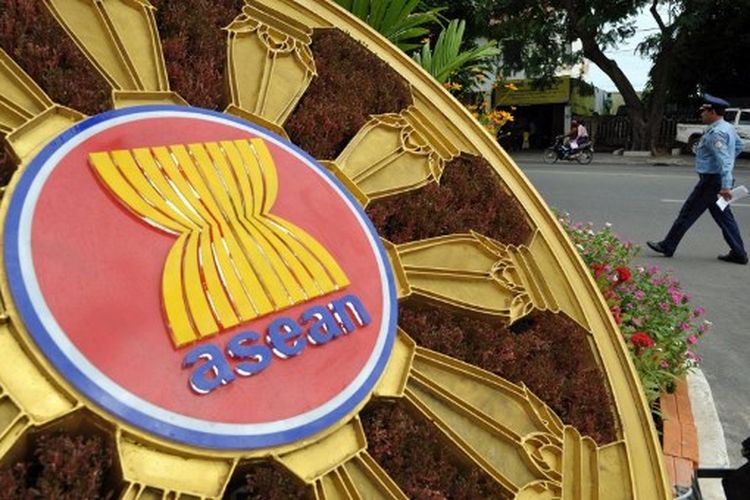 Lihat Foto
(File) A Cambodian police officer (R) walks past the ASEAN logo in front of the Peace Palace during the 45th Association of Southeast Asian Nations (ASEAN) Foreign Ministers' Meeting (AMM) in Phnom Penh on July 8, 2012. The US-China rivalry and growing fears of a new North Korean nuclear test will loom over a meeting this week of Southeast Asian leaders attended by US President Joe Biden.(AFP/TANG CHHIN SOTHY)

PHNOM PENH, KOMPAS.com - The US-China rivalry and growing fears of a new North Korean nuclear test will loom over a meeting this week of Southeast Asian leaders attended by US President Joe Biden.

Leaders from the Association of Southeast Asian Nations (ASEAN) will meet in Phnom Penh from Friday, Nov. 11, kicking off a diplomatic blitz in the region that also takes in next week's G20 in Bali and an APEC summit in Bangkok.

Biden's administration has identified China as the only global rival to the United States, saying Beijing is attempting to remold the world order in "its own authoritarian model".

Making his second trip to Asia this year off the back of bruising midterm elections at home, Biden faces another tough battle to woo ASEAN leaders, many of whom are wary of overtly taking sides against a giant neighbor and key trading partner.

A senior US official said Biden would push the importance of peace in the region, including Taiwan, and respect for the "rules-based international order".

An ASEAN foreign ministers' meeting in August was dominated by US House Speaker Nancy Pelosi's visit to Taiwan and the furious response from Beijing, which claims the self-governing island as part of its territory.

At a summit with ASEAN leaders in Washington in May, Biden pledged $150 million in support for Southeast Asian nations - dwarfed by the $1.5 billion that China promised to the region last year in Covid aid alone.

The US-China relationship is deteriorating over issues including Taiwan and alleged rights abuses in Xinjiang, and other Western governments have complained about Chinese activities on their soil, including harassment of dissidents.