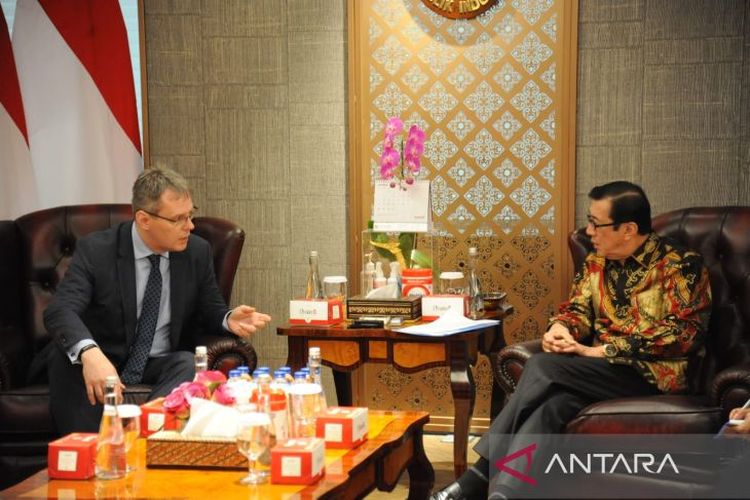 JAKARTA, KOMPAS.com - Officials from the Czech Republic and Indonesia discussed efforts to prevent crimes in cyberspace.

"Czech Republic could be the second European Union country that establishes legal cooperation with Indonesia after Switzerland," Minister of Law and Human Rights Yasonna Hamonangan Laoly said on Tuesday, Oct. 25.

Indonesia is ready to establish legal cooperation in the Mutual Legal Assistance (MLA) and extradition treaty, including in the cyberspace and cybersecurity sector with the Czech Republic.

Countries should be ready to handle the increasingly rapid developments in technology. This sector has changed the public's behavior, such as a shift from shopping through a conventional method to e-commerce via smartphones, he said.

In the last few years, e-commerce has grown in Indonesia. In fact, several supermarkets went bankrupt since people prefer to do online shopping, he added.

The Czech Republic's Special Envoy for Cyber Space and Director of the Cyber Security Department at the Ministry of Foreign Affairs Richard Kadlák said that cyberspace and cybersecurity challenges should be tackled in a way to respect human rights.

He added that cyberspace and cybercrimes are the most urgent matters to be discussed, given the prevalence of such crimes.

He said that hackers from many countries have been attacking.

Several sectors change under technological developments. To this end, he said, cybersecurity should be a collective responsibility.

In the past, technology replaced human power. In the future, technology may replace the human brain.

Indonesia has not ratified the 2001 Budapest Convention on Cyber Crime. However, Indonesia has implemented Law No. 11/2008 on Electronic Information and Transaction (ITE).