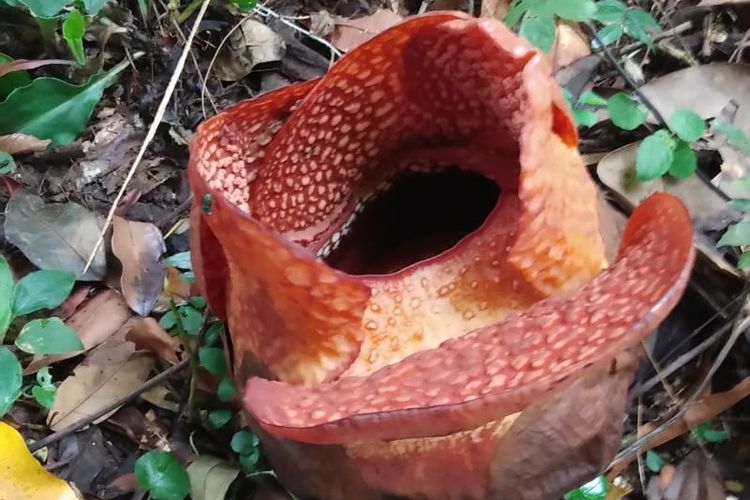 "Although the diameter is no more than 60 cm, this species is certainly Rafflesia arnoldii R. Br.," Researcher and Curator of the Rafflesia collection at the Bogor Botanical Gardens, Sofi Mursidawati, said in a statement on Wednesday, Sept. 14.

Mursidawati stated that the ex-situ propagation of the rare flower has been conducted since being found in 1818 in the Sumatran forest.

Mursidawati said, after 16 years, in early September 2022, several flower knobs appeared, one of which bloomed on September 12, 2022.

Rafflesia Arnoldii was designated as a national rare flower based on Presidential Decree No. 4/1993.

The gigantic flower is on the IUCN Red List of threatened species and is included in the list of protected plants based on Government Regulation No. 4/1999.

It is a species of flowering plant in the parasitic genus Rafflesia, known for its largest individual flower that produces a strong and unpleasant odor of decaying flesh.

Rafflesia arnoldii R. Br. was first discovered in 1818 in the Sumatran forest by a guide, who worked for a British surgeon Dr. Joseph Arnold during an expedition run by Thomas Stanford Raffles, a British, who served as Lieutenant-Governor of Bencoolen, now Bengkulu, between 1818 and 1824.

The plant was named after…