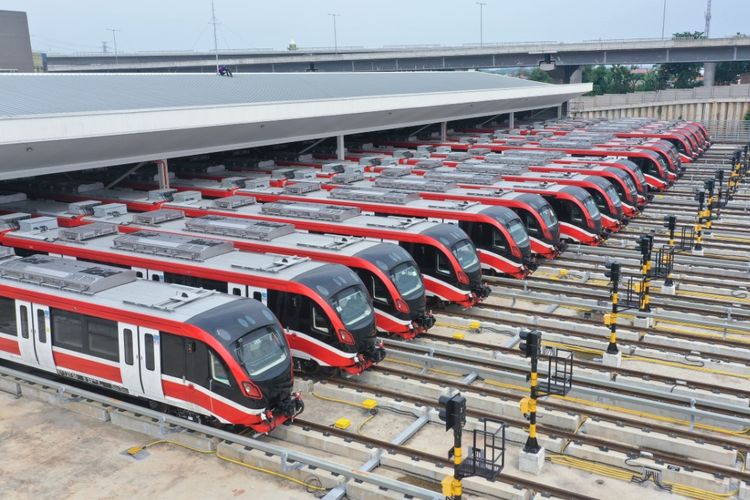 "From the results of our discussions with relevant parties, it is hoped that in June next year (2023), it will start operating," Mukhson said during a hearing with the House of Representatives Commission XI and the Ministry of Finance on Tuesday, Sept. 13.

Currently, physical construction of the project has reached 96 percent complete. However, the company is seeking certainty regarding the safety of passengers.

“Until now, 96 percent of the physical work has been completed. However, to ensure its safety as this is driverless, there are additional (requirements) from various parties," he said.

The LRT will run with the level three Grade of Automation (GoA) or without a driver, which will be the first to be applied to the railway system in the country.

LRT's operations and controls will be conducted through a system in the 11-hectare depot unit in East Bekasi.

The train will have a 44-kilometer line with three tracks: East Bekasi - Cawang, Cibubur - Cawang, and Cawang - Dukuh Atas.

The Ministry of Transportation has revised the Commercial Operation Date (COD) target for the Jabodebek LRT to be in the first half of 2023, from the previous target this year.

3 Dead in Jakarta Floods after...
BUSINESS