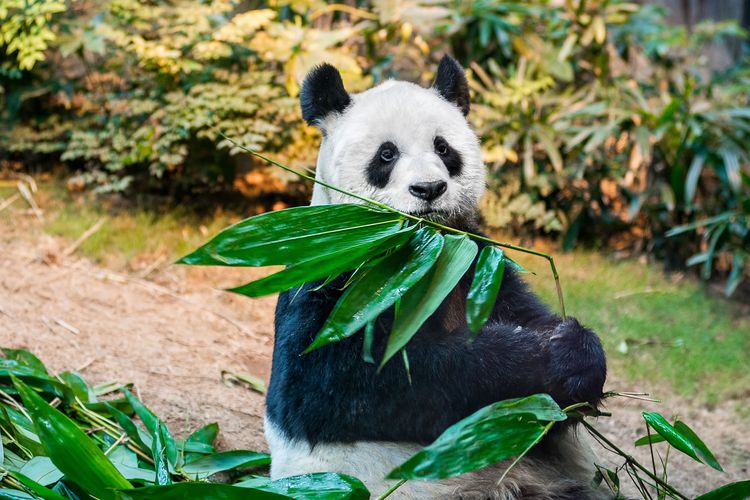 KOMPAS.com - Two giant panda bear cubs were born at a breeding center in southwestern China on Tuesday, Aug. 23, a further sign of progress for the country’s unofficial mascot and a once-endangered animal that can be notoriously difficult to encourage to reproduce.

Giant #panda Qin Qin gave birth to a pigeon pair of cubs at the Qinling Giant Panda Research Center in northwest China's Shaanxi Province on Tuesday. Both panda cubs are in good condition, with the brother weighing 176.4 grams and the younger sister weighing 151.2 grams. ???????? pic.twitter.com/haCX0T5Lpl

The Qinling Panda Research Center in Xi’an in Shaanxi province in northwestern China said that both were in good health.

The center said that the mother was a panda named Qin Qin, who gave birth to her second pair of twins. Qin Qin was born in the center, as China steps up its breeding programs in captivity to try to help rebuild panda populations in the wild.

The facility did not provide information on the father, but it has long been commonplace for captive breeding programs to try to use artificial insemination. Pandas are notoriously difficult to motivate to procreate.

Another pair of twin cubs were born at the facility earlier this month to a different mother Yong Yong.

From endangered to vulnerable as population starts to recover

Panda breeding programs and other efforts to protect what’s become something of an unofficial mascot for China have been bearing fruit in recent decades.

Although still threatened by habitat…