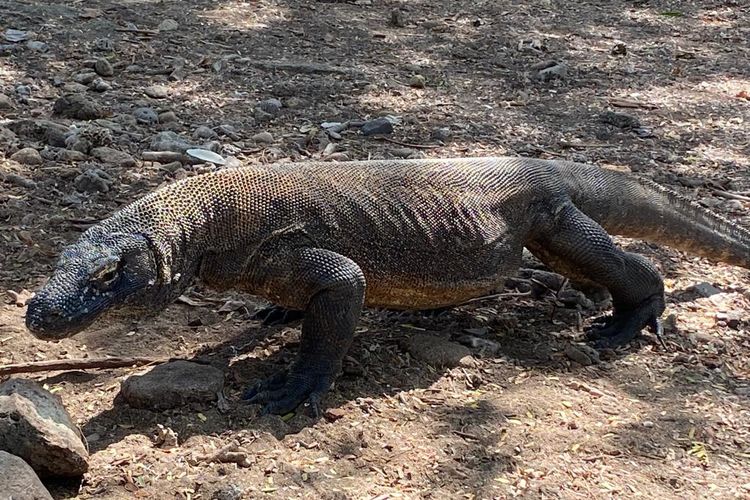 Jakarta’s 18-fold rise in entry to the park’s most popular islands seeks to limit the number of visitors to protect endangered Komodo dragons -- the world’s largest lizards -- from overexposure to humans and environmental damage.

But it sparked uproar among locals who rely on tourism, and industry-related businesses in the national park -- still reeling from the Covid-19 pandemic -- were closed on Monday in protest.

“We have no other option, we have conveyed all our rational opinions and arguments but the government didn’t listen,” said Servianus Setiawan, a tour operator in Labuan Bajo, the town that serves as the entrance to the park.

“We support Komodo conservation but please come up with a sensible number so we can protect Komodo dragons and so people whose livelihood depends on tourism can live.”

East Nusa Tenggara Governor Viktor Laiskodat said the new price would be imposed despite the protest.

“We admit that we missed disseminating the information (about the price increase) properly. We will inform the people better while monitoring and evaluating the situation,” he told reporters Monday.

At least 700 workers will take part in the strike until the end of August, Servianus said.

Tour organizer Samin told AFP those refusing to join the strike had been threatened with “social sanctions”.

One tourism association threatened to burn down businesses that remained open.

Locals said the drastic price hike would deter tourists with a limited budget from visiting the national park, which was almost deserted at the peak of the pandemic.

“We are slowly recovering, if people cancel their reservations, we will fall apart again,” Matheus Siagian, a hotel and restaurant owner told AFP.

Komodo dragons are found only in the national park and neighboring Flores island, and just 3,458 adult and baby Komodo dragons are left in the wild, according to the International Union for the Conservation of Nature.